David Guetta is a French DJ, record producer. At present, he is dating model Jessica Ledon. Previously, he was married to Cathy Lobé and blessed with two children.

David Guetta started dating Senegalese socialite and nightclub manager, Cathy Lobé in 1989. They got engaged in 1990 and married in July 1992.

The pair welcomed children, son Tim Elvis Eric (b. February 9, 2004) and daughter Angie (b. September 23, 2007). Eventually, in March 2014, the couple split after 22 years of married life and subsequently filed for divorce. At present, he is dating model Jessica Ledon. The pair began dating since July 2015. 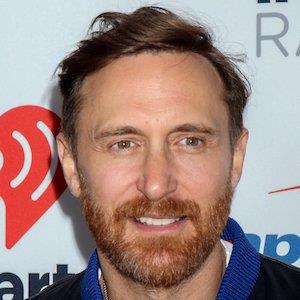 If I had to play only for people who liked the music because they heard it on the radio, it wouldn't make me happy. That's why I'm working so hard to have, yes, a profile as an artist, but also a profile as a DJ.

My studio is a laptop. Everybody I work with is the same. We make computer music, we're the laptop generation.

Everything I make as a producer, I visualize it as a DJ first. And all those beats, I test them as a DJ.

My parents were extreme left so everything was against the system. I was walking barefoot in the streets of Paris when I was eight. When I started to DJ they hated it, because for them, nightclubs, and all of this life, was terrible and fake.

Who is David Guetta?

David Guetta is a French DJ, record producer. He is a songwriter, remixer, and the co-founder of the  Gum Productions with Jean-Charles Carré and Joachim Garraud. Furthermore, in 2002, he released his first album, ‘Just a Little More Love’.

Guetta was born in Paris, France on November 7, 1967. His father was a sociologist. Additionally, he became interested in the world of music since his childhood years and discovered house music while he was working in a gay club. He is of French nationality. Furthermore, he belongs to a mixed ethnic background of Moroccan Sephardi Jewish, and Belgian.

Talking about his education, there is no detailed information relating to Guetta’s educational background at present.

Guetta initially began his career as a DJ at the Broad Club in Paris. Later, in 1990, he released ‘Nation Rap’, a hip-hop collaboration with French rapper Sidney Duteil. During the mid-1990s Guetta played in clubs including Le Centrale, the Rex, Le Boy, and Folies Pigalle. In addition, in 2001, he along with Joachim Garraud founded Gum Productions.

In 2002, Guetta released his first album titled ‘Just a Little More Love’. Additionally, between 2004 and 2007 he released two albums, ‘Guetta Blaster’ and ‘Pop Life’. Furthermore, he also released another studio album which he titled ‘One Love’ in August of 2009. His song ‘I Gotta Feeling’ became the No 1 song on the charts of multiple countries soon after its release. All in all, he has released six studio albums to date.

In 2011 his album, ‘One Love’, sold over three million copies in two years. Additionally, the song also garnered a nomination for Best Electronic/Dance Album during the 52nd Grammy Awards.

Guetta has not revealed his current salary. However, he has an estimated net worth of around $150 million at present.

Guetta and Nicki Minaj became part of a controversy in 2015. This happened due to their stage design for the Billboard Music Awards in Las Vegas after they were accused of copying the artwork ‘HYBYCOZO’ without permission.

Additionally, he also became part of another controversy with his claim that DJing using USB sticks qualifies as ‘old-school’. At present, there are no rumors concerning Guetta and his career.

Talking about his body measurement, Guetta has a height of 5 feet 9¼ inches or 176 cm. Additionally, he weighs around 86 kg or 190 pounds. Furthermore, his hair color is light brown and eye color is green.