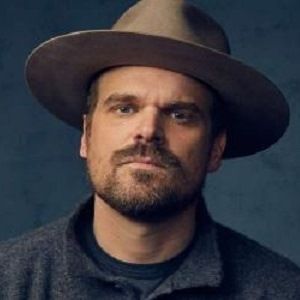 ...revealing intimate truths that serve as a forceful reminder to folks that when they feel broken and afraid and tired, they are not alone. We are united in that we are all human beings and we are all together on this horrible, painful, joyous, exciting, and mysterious ride that is being alive...We will shelter freaks and outcasts, those who have no home. We will get past the lies. We will hunt monsters. And when we are at a loss amidst the hypocrisy and casual violence of certain individuals and institutions, we will, as per Chief Jim Hopper, punch some people in the face when they seek to destroy what we have envisioned for ourselves and the marginalized. And we will do it all with soul, with heart, and with joy.

...through our art to battle against fear, self-centeredness and exclusivity of our predominately narcissistic culture, and through our craft to cultivate a more empathetic and understanding society by revealing intimate truths that serve as a forceful reminder to folks that, when they feel broken and afraid and tired, they are not alone. We are united in that we are all human beings, and we are all together on this horrible, painful, joyous, exciting, and mysterious ride that is being alive.

Talking about his relationship, he was in a relationship with three girls (Maria Thayer, Julia Stiles. and Alison Sudol). He was in a fellow actress, Maria Thayer. At the age of 33, David talked about planning his wedding to Maria in an interview but broke up with her abruptly soon after due to unknown reasons.

Similarly, he was in a relationship with Julia Stiles, in 2011  while filming the movie, Between Us (2012). The couple was frequently spotted by the paparazzi hanging out in public, be it red carpet events, shopping or strolling in the streets.

Who is David Harbour?

David is an American actor. Likewise, he is well known for his role as Jim Hopper in the web television series Stranger Things (2016–present).

David was born in White Plains, New York, the United States on April 10, 1975, there is no information regarding his family. He belongs to American nationality and mixed (English- German-Scottish- Irish) ethnicity. His birth sign is Aries. Talking about his education, firstly, Byram Hills High School. Then, he attended Dartmouth College.

On talking about his profession, he began his professional acting career with a role in the Broadway revival of ‘The Rainmaker’. Likewise, his career on TV began with a supporting role in an episode of the TV series ‘Law and Order’ in 1999. Whereas, his next role on TV was in 2002, in an episode of ‘Law and Order: Special Victims Unit’, where he played the role of a child murderer.

Similarly, he made his film debut with a minor role in the 2004 American biopic ‘Kinsey’. During 2005, he also appeared in three films: ‘Confess’, ‘Brokeback Mountain’ and ‘War of the Worlds’. On the same year, he also played a role in the play ‘Who’s Afraid of Virginia Woolf’. Eventually, he became especially known after his role in the British romantic drama film ‘Revolutionary Road’ which was directed by Sam Mendes, it was based on a novel of the same name by Richard Yates.

On talking about his lifetime achievements and awards, he won Critics Choice Award for Best Supporting Actor in a Drama Series for
Stranger Things (2016). Likewise, he won the Festival Director’s Award for Best Feature Actor for Between Us (2012).

David Harbour: Salary and Net Worth

There was a rumor that, he formerly engaged with the fellow actress, Maria Thayer. Currently, there are no such rumors and controversies.

On talking about his body measurements, David has a height of 6 feet 2 inches. Additionally, he weighs is 90Kg. David’s hair color is dark brown and his eye color is blue.