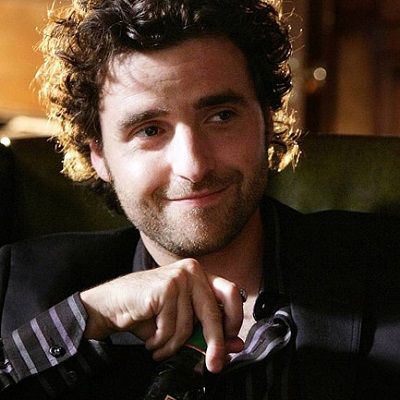 The role of Charlie Eppes has changed me. I never imagined I would play a role like this. I lost some weight, grew my hair and now every woman in America over 40 wants to date me. It's their daughters I want to convince. The truth is all this talk makes me blush. Me, I look in the mirror and all I see is this Jewish kid from Queens.

There is only so much I can understand and not screw up.

Me, I look in the mirror and all I see is this Jewish kid from Queens.

David Krumholtz is married to actress Vanessa Britting. They married on the 22nd of May 2010, in the Plaza Hotel in New York City. His groomsmen were Seth Rogen and Jay Baruchel.

180 guests were invited for the wedding and his Numb3rs co-stars, Rob Morrow, Judd Hirsch, and Peter MacNicol also attended. His bride wore a Rivini wedding gown.

David proposed Vanessa in 2008, in Paris, which is considered one of the most romantic destinations! How romantic!

Together, they welcomed their first daughter, Pemma Mae Krumholtz, which means the girl of my dreams. In 2014 and son, Jonas in 2016.

Who is David Krumholtz?

American David Krumholtz is an award-winning actor, producer, and director. David is renown as Harvey Wasserman of the TV series, The Deuce.

Next, he will be appearing as David in the movie, On Our Way.

David Krumholtz was born on the 15th of May 1978 in  Queens, New York City. His father, Michael Krumholtz worked in a US postal service and his mother, Judy Krumholtz was a dental assistant from Hungary. His grandparents were born in Poland.

He has an older sister, Dawn.

He started his career at the age of 15 with the movie, 1993- Life with Mikey. In the movie, he played the character of Barry Corman. His role in the movie was highly appreciated. One year later, he appeared in the movie, 1994- The Santa clause as Bernard.

After four years break from the movies, he appeared in the movie, 1998- Slums of Beverly Hills in the role of Ben. Some of his Movies along with the year and character role are-

Last, in 2019, he appeared in the movie, Crown Vic as Stroke Adams and Frances Ferguson as Group Therapy Leader. Prior to that, he was cast as Freshman in the movie, 2108- The Ballad of Buster Scruggs.

Next, he will be appearing in the movie, Asking for It as The Cop. Some of his upcoming movies/short includes On Our Way and Class.

Some of his new upcoming TV series include Awkwafina Is Nora from Queens and The plot Against America. Last, in 2019, he was playing the character of Angelo DiBeverly in the TV series, At Home with Amy Sedaris.

-2005, Slate Award by California Independent Film Festival for the movie, My Suicidal Sweetheart.

David was diagnosed with thyroid cancer in July 2011. Five months later, he took a radioactive iodine treatment. Finally, in January 2012, he announced that he is free of cancer.

He is a brown-eyed brunette. His height is 5 feet and 7 inches.