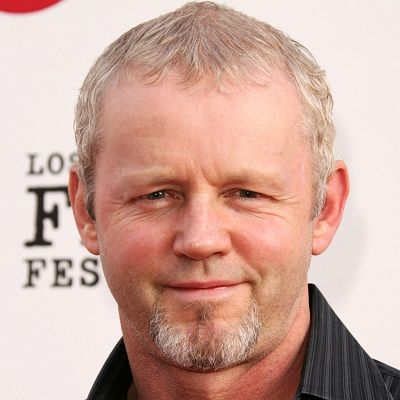 What is the relationship of David Morse?

David Morse is a married man. He is married to actress and author, Susan Wheeler Duff Morse, since 19 June 1982. Now he and his wife are blessed with a daughter, Eliza, and twin sons Benjamin and Samuel.

After the 1994 Northridge earthquake, Morse and his family moved to Philadelphia, Pennsylvania, where they currently live.

Who is David Morse?

David Morse is one of the popular names in the entertainment industry. He is a well-known American actor, singer and also director, and writer.

He first came to national attention as Dr. Jack “Boomer” Morrison in the medical drama series St. Elsewhere from 1982–1988.

He earned fame after portraying the roles in The Negotiator, Contact, and The Green Mile. Furthermore, he is also famous for appearing in Dancer in the Dark, Disturbia, The Long Kiss Goodnight, The Rock, and 12 Monkeys.

David Bowditch Morse was born in Beverly, Massachusetts on the 11th day of October 1953. He grew up in the towns of Essex and Hamilton, both of which are also in Massachusetts.

His mother Jacquelyn worked as a school teacher while his father Charles Morse earned his living as a sales manager. He has three younger siblings.

He belongs to American nationality and is of mixed (English, distant Dutch) ethnicity.

Morse completed his high school education in 1971 after which he enrolled to study acting at the William Esper Studio in Manhattan, New York.

He had started working as a stage actor at the Boston Repertory Theatre where he featured in over 30 productions over 6 years. He remained a part of New York’s theatre community until 1980 when he delved into film and television.

Morse’s breakthrough came in the year 1982 when he was cast as the main character Dr. Jack “Boomer” Morrison on the NBC medical series St. Elsewhere. He rendered a brilliant portrayal of the character all through the 6-season run of the series and this endeared him to TV audiences all across the US.

He equally starred in a countless number of telefilms and 1993, he portrayed the character Dave Bell on the short-lived sitcom Big Wave Dave’s.

David Morse’s next regular TV role was on the crime series Hack (2002-04) in which he portrayed the lead character, Mike Olshansky. He got his first Emmy Award nomination for his recurring role as Det. Michael Dritter in the medical drama series House (2006-07).

His second Emmy nomination came in 2008 for his performance in the miniseries John Adams (2008). Morse was also on the cast of the HBO series Treme (2010–13) starring as series regular Lt. Terry Colson.

He was the lead star of the 2-season long series Outsiders (2016-17) and he also had a recurring role on the crime series Blindspot (2017-18). Also in 2018, Morse featured in the highly-acclaimed miniseries Escape at Dannemora.

David Morse equally has many notable stage credits to his name. His portrayal of the character Uncle Peck in the Off-Broadway production of the play How I Learned to Drive (1997-98) earned him the 1997 Drama Desk Award for Outstanding Actor among other accolades.

Similarly, Morse got nominated for the 2018 Tony Award for Best Featured Actor in a Play. He was nominated for his performance in the Broadway revival of The Iceman Cometh (2018).

In 2009, he was awarded Washington D.C. Area Film Critics Association Award for Best Ensemble for his performance in The Hurt Locker. Moreover, he won the Lucille Lortel Award for Outstanding Lead Actor in
1997 for How I Learned to Drive.

It is clear from all indications that Morse has had quite an illustrious acting career. He has also had his fair share of blockbuster movie roles over the years.

With these and other profitable business ventures, the talented Hollywood star has built his net worth to an enviable $3 million.

David Morse stands with a height of 6 feet 4 inches and weighs 89kg. Furthermore, talking about his appearance, he has blue-colored eyes and grey-colored hair.

Also get to know more about Chrissy Costanza, Korina Harrison, and Louise Cliffe.

Man Who Robbed Kim Kardashian In Paris Has No Guilt For Attacking Her!

Tattoo regrets! Which celebrities wanted to have their tattoos removed? Learn on tattoos and their long-term implications!