David Moscow married Karen Riotic in September 2014. They married in Claremont Hotel in the city of Maine. It came out to be a huge surprise to their fans, friends, and families. His colleagues even did not know that he was in a relationship.

His wife works in Radium One, which is an advertising company that works online. The couple has maintained their status and they have not come in front of the public that much. He likes to spend quality time with her wife but he does not want to appear with her in the red carpet.

Previously, he was in a relationship with actress Kerry Washington from October 2004 to March 2007. 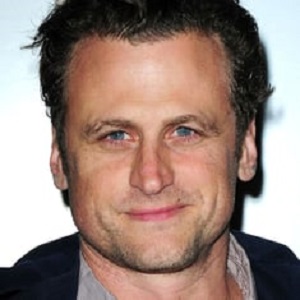 Who is David Moscow?

David Moscow is an American film and stage actor, director, writer, producer, and activist. He is popular for his performance as the young Josh Baskin in the 1988 film ‘Big’.

He is currently 44 years old. His birth name is David Raphael Moscow. His father’s name is Jon Moscow and his mother’s name is Patricia (née Sterner). His father belongs to Jewish and his mother belongs to Mormon, but he did not follow any religion while young. His ethnicity is Mixed(Zanzibari, African-American and Jewish) and nationality is American.

He has got a younger brother named Lev, who was an extra in Newsies and is a history teacher at The Beacon School in New York City.

In the 1990s, he joined Hampshire College in Amherst, Massachusetts.

He portrayed the role of the young Josh Baskin in ‘Big’ in 1988. His character was magically transformed into an adult version which was played by Tom Hanks. He played David Jacobs in the filmed version of the musical ‘Newsies’ in 1992. He appeared as the leading role in the film ‘Honey’ opposite Jessica Alba. He also appeared on the television series ‘Zoe’, ‘Duncan’, ‘Jack & Jane’, etc.

In the episode ‘The Van Buren Boys’ of the television series ‘Seinfeld’, he portrayed the character of Lomez Jr.

He opened A Theater Co. in New York alongside actors Tom Everest Scott and Michael Kelly. He is also the co-developer and co-producer of Lin-Manuel Miranda’s first production of ‘In the Heights’ with his ex-fiance actress Kerry Washington.

In addition to his film career, he is also an activist. He develops mixed-income green buildings in Harlem, New York.

He has an estimated net worth of around $3 million and his main source of income is from his professional career.

He has maintained his celebrity status and he has not been engaged in any rumors and controversies in his career.

He has a height of 5 ft. 9 inches and he weighs. He has got blue eyes and brown hair.