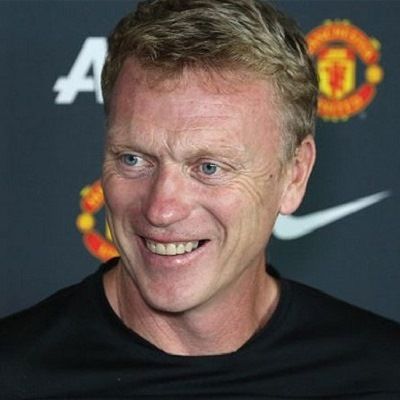 Everton are the people's club in Liverpool. The people on the street support Everton.

What is the relationship of David Moyes?

David is married to his childhood sweetheart Pamela Moyes. The couple has a daughter named Lauren who attended Archbishop Temple School and a son named David Jr. who also went to college in Preston.

Who is David Moyes?

He was born David William Moyes on April 25, 1963, in Glasgow, Scotland, the United Kingdom. He is a Taurus.

His father is David Moyes Sr. and his mother is Joan Moyes and his parents are of Scottish- Ulster-Irish ethnicity. He has a brother, Kenny Moyes.

David Moyes began his career at Icelandic club ÍBV, playing half a season with the youth team. He played for Cambridge United, Dunfermline Athletic, Shrewsbury Town, and Briston City.

David took over as Preston North End manager in January 1998, replacing Gary Peters as the club struggled in Division Two and was in danger of relegation.

Moyes joined Everton on 14 March 2002 and at his unveiling press conference, declared that Everton was ‘The People’s Club’ on Merseyside. His first game in charge was two days later, against Fulham at Goodison Park. Everton won the game 2–1, with David Unsworth scoring after just 30 seconds.

When he was at Cambridge United, he was abused by his teammate Roy McDonough for being a Christian.

He has an estimated net worth of around $25 million and his earning sources are football coaching and earns $45,390 US and above.

He is blonde with dark brown eyes and height of 6 feet 1 inch.