Updated On January 29, 2023 | Published By: Abhilesh Lam
Share this
Married 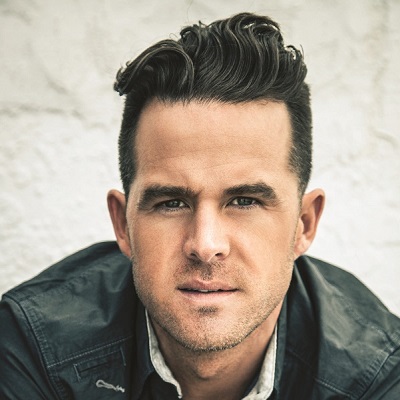 Sometimes you get so jaded, you don't have those initial connections and emotions with music, because you are promoting your own

It's hard to believe the life that 'Someone Like You' has taken on. It's proof that people hunger for great songs - and they are open to different interpretations of songs they love.

What is the relationship of David Nail?

David has been married since 2009, he is married to wife Catherine Werne. They both met in a bar when David was back home from San Diego. Soon they started dating and got married on June 6, 2009.

In December of 2015, they were blessed with a set of twins. Lawson Brent Nail was born first, followed by their daughter, Lillian Catherine Nail.

Who is David Nail?

David Nail is a country music artist from America and the frontman of the band David Nail & The Well Ravens. He is famous for songs like Let It Rain, Night’s on Fire, Kiss You Tonight, etc.

Nails was born on born May 18, 1979, in Kennett, Missouri. He was born with the name David Brent Nail and holds American nationality. He is in his 40s.

About his parents, David’s father was a high school band director proficient in several instruments, and his mother was a singer in a church choir. Apart from that, there is no trace of their names.

David’s high school’s name is not disclosed. However, when he finished high school and was aiming for Aquinas College on a sports scholarship he got forced to leave due to an injury. Later, he joined Arkansas State University they’re started his musical career.

When he was 20, he spent a few days in Nashville and was inspired to take a shot at a career in music. Later, he moved to music city and started singing at parties.

There he caught the attention of the daughter of record producer Keith Stegall, She told her father that David was a talent worth hearing, and soon he signed a contract with Mercury Records

He released his first single in 2002, which was named “Memphis,” but while the tune made it onto the Country Singles charts, Mercury chose not to release the album he recorded for them, and he soon lost his record deal. Later he signed to MCA Records Nashville, in April 2007. It was all possible because of producer Frank Liddell.

And in 2008, Nail’s first MCA single, “I’m About to Come Alive,” was released, and it was better than his first single. But his next release ‘Red Light’ which was released in February 2009 peaked at number seven on the country singles charts and earned Nail a gold record.

After the success of the single led to Nail cutting an album for MCA, and this time, 2009’s I’m About to Come Alive was deemed worthy of release, rising to number 19 on the country album charts. Similarly, in February 2011, Nail released “Let It Rain,” which became his first tune to become the number one country single.

In 2013 brought Nail another massive hit single, ‘Whatever She’s Got’ which earned him a platinum sales award. It was his first single released on the third MCA album, 2014’s I’m a Fire, which reached number three on the country album listings.

Since then David released two other singles in 2015 and 2016, and both were hits.  In 2018, Nail announced a new project as the frontman of the band David Nail & The Well Ravens. The band’s first album titled Only This And Nothing More will be independently released on September 14, 2018.

David is a significant singer who has accomplished many things. He has always been popping on top of the music chart. They have nominated David for 2 Academy of Country Music awards and 1 Grammy award.

He was first nominated in 2010 for ‘Single Record of the Year’  in the Academy of Country Music Awards for the record ‘Red Light’.

Later in 2011, he in nominated for ‘Male Country Vocal Performance’ in Grammy awards for the song ‘ Turning Home’. David got nominated for Vocal Event of the Year at the Academy of Country Music Awards in 2013. Although he didn’t win them he has his fan’s forever favorite.

As a successful singer, he has earned a decent sum of money in his career. As of 2022, he has an estimated net worth of around $872,000 U.S. dollars. His primary source of income is singing.

David opened up about his struggles with depression in a social media post. He tweeted a post saying Depression is always in the back of his mind. It doesn’t hang around for months at a time like it used to, but it still pops up now and then

He first revealed his depression in 2014, admitting that he had struggled with it for most of a decade. It came to a head after he scored a No. 1 hit in 2012 with “Let It Rain.”

David is 5ft 3 inches tall and his weight is around 88kg. He has black colored hair and his eyes are green.

David is active on social media. He has 6k people on his official Instagram account and around 347k people are following him on Facebook. Also, he is active on Twitter too he is liked by 250.8k people and has 148k subscribers on his Youtube channel.