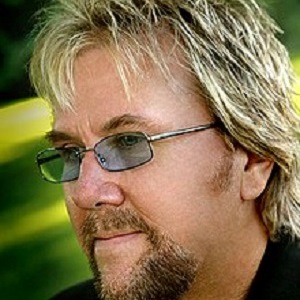 Who is the wife of David Pack?

David Pack is living a married life. His wife’s name is Stacy.

However, the details of their wedding are not disclosed.

This couple has three children, a son Jackson, and two older daughters, Beth and Kaitlyn.

Who is David Pack?

David Pack is an American musician and singer.

He is well known as the co-founder, singer, and guitarist of Ambrosia, and the voice of the timeless hits they produced in the 1970s.

David was born in Huntington Park, California, the United States on July 15, 1952.

He belongs to American nationality and English ethnicity. His birth sign is Cancer.

Talking about his profession, David Pack is a co-founder, guitarist, and main vocalist for the band Ambrosia.

Whereas, his collected works as a performer and producer have sold over forty million units worldwide.

In addition, his lead vocals on the song “Ground Zero” for Kerry Livgren’s 1980 solo album, Seeds of Change.

Then, he performed on Kansas’s Vinyl Confessions album in 1982.

He made an appearance on the song “I won’t Be Led Astray” as a lead vocalist on Parson’s 2022 album From The New World.

There is no information about his salary. His net worth is around $ 20 million.

Talking about his rumors controversy, there is no information about rumors and controversy.

He is far from rumors and controversies.

On talking about his body measurement, David Pack’s hair color is blonde and his eye color is brown.

In addition, his height, weight, shoe sizes, etc are unknown.