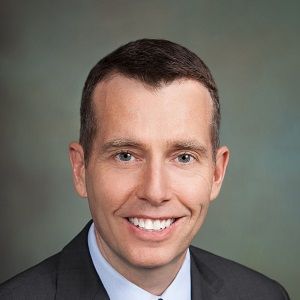 The American people know the economy is too weak. Too many of them are suffering. So the question for Washington is, are we going to continue to play political games and - and - or are we going to say, we can do something right now to create jobs, to put money in the pockets of the middle-class, hire construction workers, teachers, veterans

But the debt limit obviously is something that needs to and will be passed. That is not inconsistent with a process and a belief that we have to get significant deficit reduction

The American people are screaming out saying it's unfair that the wealthiest, the largest corporations who can afford the best attorneys, the best accountants, take advantage of these special tax treatments that the lobbyists have, along with lawmakers, have cooked in the books here.

Heading towards the personal life of David Plouffe, he is a married man. He had tied the knot with Olivia Morgan. His wife works as a Senior Advisor to Maria Shriver’s A Woman’s Nation, a member of Obama’s President’s Committee on the Arts and Humanities, and Director of Federal Relations to former California Governor Gray Davis. The couple has been blessed with two children.

Who is David Plouffe?

David Plouffe is a political consultant as well as belongs to an American society. In 2008, he has worked as the campaign manager for Barack Obama. He had also joined and became the colleague of  Democratic Party campaign in 2000.

Likewise, he had left the role of the Senior Vice President of Policy to become a full-time strategic adviser for transportation network company Uber in 2015.

Then he had joined he Chan Zuckerberg Initiative to lead the policy and advocacy efforts of the initiative in 2017.

David Plouffe was born on 27th May 1960 in Wilmington, Delaware, U.S. He is the son of father James Everett Plouffe and mother Frances Plouffe.

His mother was a housewife and father worked in a factory, then he had joined in marketing. Besides this, he hasn’t mentioned about his childhood in social sites.

He had completed his high school at St. Mark’s High School. Then he had joined the University of Delaware and had graduated in 1989.

David Plouffe started his professional life in 1990, where he had worked for Senator Tom Harkin. Later on, he had worked as a state field director for Harkin’s unsuccessful Presidential campaign held in 1992.

He had successfully managed Congressman John Olver’s first re-election bid in Massachusetts in the same year.

In 1994, he had managed the unsuccessful campaign of  Delaware Attorney General Charles M. Oberly against Senator William V. Roth. Then heading towards the 2008 period, he was the campaign manager for Obama’s successful presidential campaign.

The next year, he had signed with the Washington Speakers Bureau to give paid speeches and plans to engage in non-government consulting work.’

Then from the year 2013, he had left the career in White house and became a contributor to Bloomberg TV and ABC News.

The same year, he was inducted into the Association of Political Consultants Hall of Fame.

The next year, he had denied he planned to return at a Politico Playbook lunch, and White House Press Secretary Josh Earnest said he did not expect Chief of Staff Denis McDonough to depart.

Similarly, he was hired by Mark Zuckerberg to lead policy and advocacy at the Chan Zuckerberg Initiative in 2017.

Through his hard work in his professional life, he has earned the much which has to fulfill his as well as his families needs. But he hasn’t mentioned about his salary as well as his net worth.

Furthermore, he hasn’t won any awards so far.

His recent activities say that he had drawn criticism for his paid speaking engagements abroad while on hiatus from advising Obama which was turned into a controversy.

He has a short army typed black hair with a pair shiny blue eyes. Besides this, he hasn’t mentioned his height, weight, and other measurements.