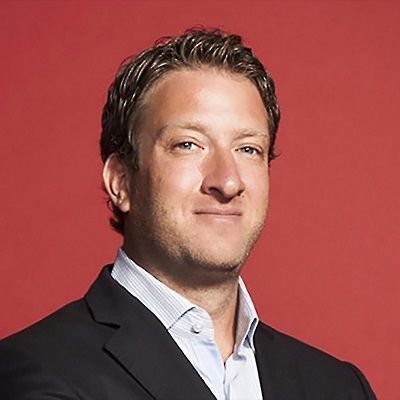 David Portnoy is a married man as he exchanged vows with Renee Satterthwaite. The wedding took place in the year 2009. Still the story behind his married life is a mystery.

However, his wife, Renee is an animal lover and runs the foster home for dogs, Nantucket Island Safe Harbor for Animals (NISHA).

Who is David Portnoy?

American David Portnoy is an internet sensation and business personality. He is renowned for his blogs.

He is also the founder of the pop culture blog, Barstool Sports.

Recently, the founder of the Barstools delivered his anger towards the indefinite lockdown caused due to the COVID-19. Through his speech, he expressed that he would rather die of Corona than losing his business due to the outbreak.

David Portnoy was born as David Scott Portnoy on the 22nd of March 1977 in Swampscott, Massachusetts, U.S.

His father, Michael, and mother, Linda Portnoy are of Jewish ethnicity.

In 1999, he graduated from the University of Michigan in Ann Arbor, Michigan with Honors in education. Before that, he attended the Swampscott High School from his hometown, Swampscott.

After graduation, David Portnoy started his career as a researcher of the IT firm, Yankee Group. He worked with the company for almost four years until 2003.

Quitting the job in the firm, he started to publish a four-page black and white newspaper, Barstool Sports that concerns with gambling advertisements and fantasy sports projections,

Also, he promoted the local brands and national brands like Lyons Group, Bud Light, and Miller Lite with the newspaper. Later, in 2007, he launched it on the internet.

In 2013, he ran for an unsuccessful campaign for the mayor of Boston. However, he failed to be qualified for the election.

In 2017, he launched his Pizza reviews series. The series’ main target was to review each and every pizza in Manhattan.

Through his career as an internet celebrity, he has made an estimated net worth of $60 million.

Recently on the 29th of January 2020, his company, Barstool had a valuation of $450 million. Also, the company’s majority stakes (36%) were purchased by the Penn National Gaming that worth $165 million.

Talkin about the controversy, he became the talk of the time, when he illegally threaten his worker to fire if they unionize through his twitter tweets.

In the matter, the Rep. Alexandria Ocasio-Cortez tweeted that if the matter is true he is breaking the law and he would be sued. Later, the matter was settled informally.

Back on the 12th of 2015, Portnoy was arrested for protest for the rection to Deflategate. For that, he and his three Barstool employees handcuffed one another on the NFL headquarters.

Later, he was detained to enter the Mercedes-Benz Stadium at holding cell for a portion of Super Bowl LIII as he created fake passes to attend the press event.

David Portnoy is a brown-eyed brunette. His height is 6 feet and has a decent weight.

Talking about the appearance, he has a rough look with the long facial structure. Also, he has a short hairstyle and prefers to have grown facial hair.