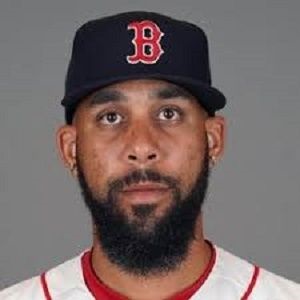 David Price is married to Tiffany Nicole. They exchanged vows in Nov 2016.

The couple has two kids, Xavier and Zoe Price. Also, they have a pet dog, Astro whom they treat as their child.

Both of them seem happy with their relationship as both of them are enjoying each other company.

Who is David Price?

David Price is an American professional baseball pitcher who plays for the Los Angeles Dodgers of Major League Baseball.

In 2007, Major League Baseball Draft Price was selected first overall by the Tampa Bay Rays and in September 2008 made his MLB debut. He has also played for the popular clubs such as the Detroit Tigers and Toronto Blue Jays.

He was born on August 26, 1985, as David Taylor Price in the United States. His father is Bonnie Price and his mother is Debbie Price. He has two brothers also.

In his early childhood, he began playing baseball and grew up as an Atlanta Braves fan and idolized outfielder David Justice.

Moreover, he attended Blackman high school due to his interest in baseball and played as an outstanding athlete in Blackman High School‘s baseball as well as basketball teams.

In 2007, David Price was the first player to be selected in the baseball draft. Furthermore, on August 15 of the same year, he signed his first professional contract chosen by the Tampa Bay Rays for the six-year contract awarded to the young launcher is $ 8.5 million, including a signing bonus of $ 5.6 million.

Price moved to levels A, AA, and AAA in minor leagues in 2008. He made his first career start against the Baltimore Orioles but is not involved in the decision on September 22. As well as, he played his rookie season in 2009 and become part of the rotation of starting pitchers of the Rays and wins 10 games and loses 7 with the average points earned is rather high at 4.42.

Price emerged as one of the league’s best pitchers in 2010. David Price won the Cy Young Trophy for best thrower in the American League in 2012. Price started 27 games of the Rays in 2013. In 2014, Price was invited to the All-Star game. The Rays traded Price to the Detroit Tigers in a 3-club deal involving the Seattle Mariners on July 31, 2014, and his salary increases to $ 19.75 million for the 2015 season.

The Detroit Tigers traded David Price to the Toronto Blue Jays against left-handed pitchers Daniel Norris, Jairo Labourt, and Matt Boyd on July 30, 2015. On December 4, 2015, Price joined the Boston Red Sox and become a free agent after the 2015 season.

He is now playing for a team named Los Angeles Dodgers.

Till now, he has not been the Part of controversy and rumor as he is maintaining his personal life so well.

He earns $30 million per year from his work His estimated net worth is about $85 million which he earns from his profession.

David Price has an average body with black hair and with dark brown eyes. Besides that, he is 6 feet 5 inches tall with a body mass of 107 kg.