David Schwimmer is an American actor, who is best known for his portrayal of ‘Ross Geller’. 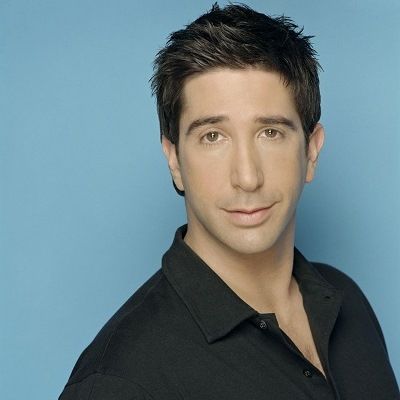 To be perfectly honest, I feel I have a duty to use my celebrity status in a positive way. Most rape victims are women, so the bulk of the discussion is loaded towards women. I thought I could find a way to approach the subject of rape in such a way that men are going to respond to it. My most devastating moment was when a 13-year-old girl told me her story. At that moment, I realized just how important this center really is. Nothing else had ever made me connect with reality like that.

The miracle is the casting. Having been on the other side of it now in terms of directing and producing, to find one magical actor who is just right for the role is difficult enough, but to find six and then to have them actually have chemistry with each other is just kind of a miracle. I looked at the five of them. I watched their work and thought, Everyone is just so talented and perfect for their character. And they grew into their characters and enriched them and deepened them.

I don't think I responded very well to the sudden celebrity, the sudden fame, and the loss of privacy. There were several moments that were quite traumatic for me. I remember just going to the airport and walking to my gate, when I heard bloodcurdling screams and I thought someone was being killed. Before I knew it, a group of girls was running at me and literally dragging me and wouldn't let me go.

What is the relationship of David Schwimmer?

David Schwimmer was reported to have had an affair with actress Patrice Jennings. He dated TV personality and former model Brandi Glanville.

She also claimed that she had an affair with David’s Friends castmate, Matt LeBlanc. David started dating Sarah Trimble, who worked as a clerk for a federal judge in New Orleans in 1994.

He even used to jet out to New Orleans once in a month while shooting for Friends. David later revealed that he had tapped into the pain of his breakup with Sarah while shooting for Ross and Rachel’s breakup in the show. It took him around 10 minutes to recover emotionally from the scene.

Likewise, Schwimmer started dating the Australian-British model and singer Natalie Imbruglia in 1996. Their relationship didn’t work out due to the long-distance equation as he was in the United States shooting for the Friends series and she was in London working on her debut album.

But, she did recall it as a happy relationship in a 2015 interview with Red magazine. avid started dating Israeli actress Mili Avital after having grown close while working on the romantic comedy, Kissing a Fool (1998). They separated in 2001. David later ceded that his inability to strike balance between work and personal life led to the end of a beautiful relationship.

David first met Carla Alapont on the Hollywood Boulevard in 2003 in an incident due to disagreement over driving. After she nearly chopped down his car, he came over for a confrontation but soon apologized and got her phone number.

They made a couple of public appearances during their short affair. Schwimmer hooked up with London-based dancer and singer, Tina Barrett after having met at the Glamour Magazine Awards 2004 in London. Barrett flirted aggressively to get his attention after the party headed to Funky Buddha Club for some drinks.

Moreover, David started dating actress Minnie Driver after having grown close during the production of the London play, Some Girl(s) in 2005.

David first met Zoe Buckman at the Cuckoo Club in London. Zoe used to work as a cocktail waitress at the club, while David was directing Run Fatboy Run in the capital. He fell for her at first sight and convinced her to move to the United States with him.

In March 2010, they got engaged. They got married in a small intimate wedding ceremony in June 2010. In May 2011, she gave birth to a daughter, Cleo Buckman Schwimmer.

However, their relationship turned sour later. In 2017, David and Zoë announced that they had started living separately.

Who is David Schwimmer?

David Schwimmer is an American actor, who is best known for his portrayal of ‘Ross Geller in the famous American sitcom ‘Friends.’ Schwimmer received a Primetime Emmy Award nomination for Outstanding Supporting Actor in a Comedy Series in 1995.

While still acting in Friends, his first leading film role was in The Pallbearer (1996), followed by roles in Kissing a Fool, Six Days, Seven Nights, Apt Pupil (all 1998), and Picking Up the Pieces (2000).

He has a sibling namely, Ellie Schwimmer. David holds American citizenship and Ashkenazi Jewish ethnicity. His birth sign is Scorpio.

Talking about David’s education history, he attended an acting workshop by legendary actor Ian McKellen, which was another riveting experience for David. He was in awe of the sheer intensity of the art of performing.

He then participated in the ‘South California Shakespeare Festival,’ where he won two top prizes. Then, he attended the ‘Beverly Hills High School,’ which had many big names of Hollywood as their alumni.

Talking about David Schwimmer’s profession, in the late 1980s, Schwimmer auditioned for several roles without any significant success. He somehow managed to earn a supporting role in the lesser-known series ‘A Deadly Silence,’ and then starred in films such as ‘Flight of the Intruder’ and ‘Crossing the Bridge.’ He also starred in the series ‘L.A. Law’ and ‘NYPD Blue.’

In the year 1994, he bagged one of the first major roles of his career, in the series Monty,’ which saw him portray ‘Greg Richardson in 14 episodes. His character was that of a liberal son of a conservative father and earned accolades. Ace Hollywood agents and producers finally started noticing him.

He had his major career breakthrough when he bagged the chance to star as ‘Dr. Ross Geller in the sitcom Friends.’ The series revolved around the everyday lives of six 20-something American youths, their romantic quests, and other antics. David played a hopeless romantic, working as a paleontologist at a local museum.

Additionally, David then appeared in the 1996 film ‘The Pallbearer,’ which had him portrayed the role of a young man who falls in love with his best friend’s mother. The film received negative reviews, and it seemed that people had, by then, started expecting a lot from David. The success of ‘Friends’ had put the entire cast under heavy pressure to perform remarkably well.

In the year 1998, he starred in the film ‘Kissing a Fool, which also had him as an executive producer. The path-breaking sitcom ‘Friends ended its 10-season run in 2004, and David moved on to other projects. He starred in the 2005 independent film ‘Duane Hopwood,’ which received mixed reviews from both critics and audiences. However, his performance as an alcoholic was appreciated. He turned into a full-time director with the 2007 British comedy film ‘Run Fatboy Run,’ which starred Simon Pegg in the leading role.

In 2008, he appeared in the film ‘Nothing but the Truth,’ and in 2010, he returned to direction with the film Trust.’ He also did guest appearances in the TV series ‘Entourage’ and ‘30 Rock.’ In the year 2008, he directed the British series ‘Little Britain USA.’ Likewise, in 2011, he appeared as a supporting cast member in the series ‘Web Therapy,’ which starred his ‘Friends co-star Lisa Kudrow, who also co-created the series.

Similarly, in 2016, he played ‘Robert Kardashian’ in the series ‘American Crime Story: The People v O.J. Simpson.’ In the same year, he appeared as one of the main leads in the series Feed the Beast.’ Besides that, David has also lent his voice to ‘Melman’ in the animated film series ‘Madagascar.’

He won Best Performance by an Actor in a Supporting Role in a Series, Miniseries or a Motion Picture Made for Television for Band of Brothers (2001) at Golden Satellite Award.

He won Outstanding Performance by an Ensemble in a Comedy Series for Friends (1994) at Screen Actors Guild Awards.

Talking about his income, he earns a decent amount of salary. As of 2022, his net worth is estimated at around $100 million.

There was a rumor that David was dating ‘Friends’ cast-mate, Jennifer Aniston. Currently, he is far from rumors and controversies.

David Schwimmer has a height of 6 feet 1 inch. Additionally, he weighs is 86Kg. David’s hair color is dark brown and his eye color is light brown.

Ross and Rachel are no longer on a break in “Real Life”- sparked dating rumors! 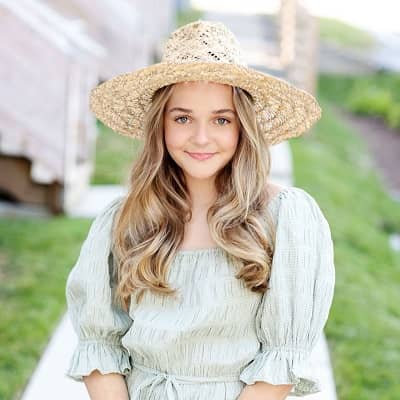 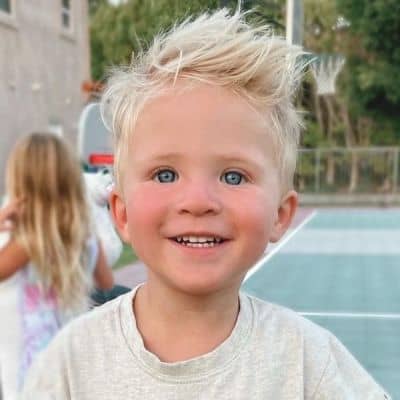 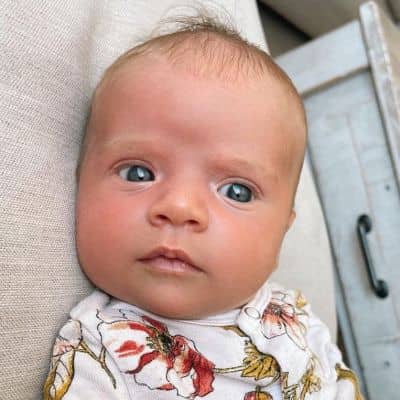 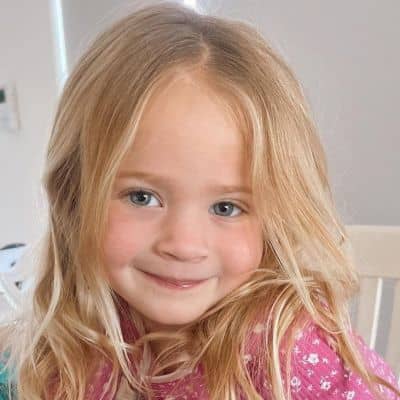 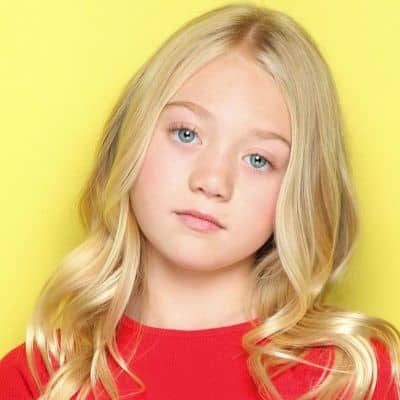 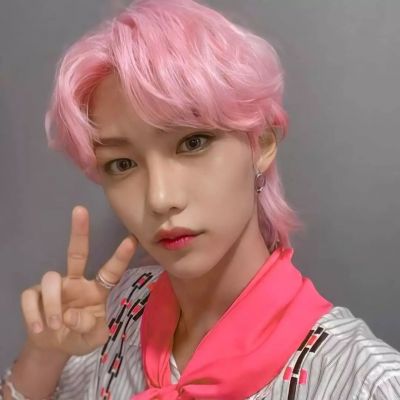 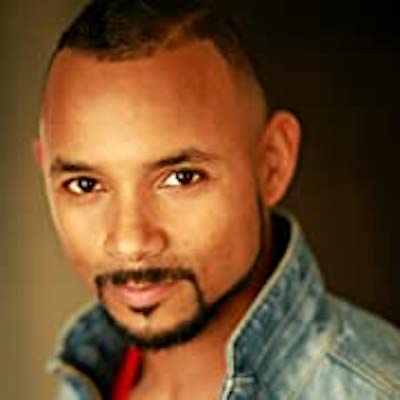 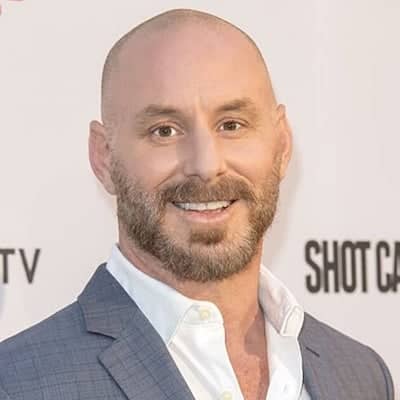