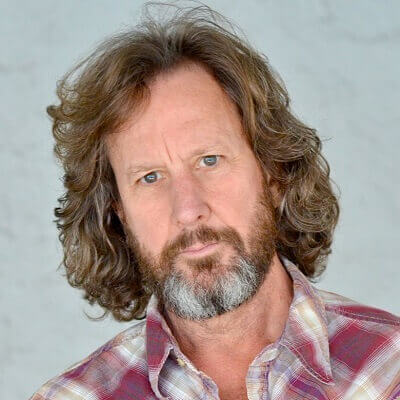 What is the relationship of David Steen?

David Steen is a married man. He is married to American actress, Bobbie Eakes. She is famous for her portrayal of Macy Alexander on The Bold and the Beautiful and of Krystal Carey on All My Children.

After dating for a while, the couple exchanged wedding vows on 4 July 1992. As of 2020, they have been married for over 28 years. However, so far, they don’t have any children from their marriage.

Also, they have been enjoying their married life without any rumors of extra-marital affairs. There is no information about his previous relationships.

Who is David Steen?

David Steen was born on June 26, 1954, in Memphis, the United States of America. As of 2022, his age is 67. Other than this, there is very little information about his early life and family background. He has not revealed anything about his parents. He is one of his parents’ two children and has a sister named Susan Ford.

Steen spent his childhood days in Memphis and his ethnicity is Caucasian.

In which school did David Steen attend?

Talking about his educational background, he graduated from Whitestation High School in 1972. Following his high school graduation, he went to Lindenwood Christian Church.

David Steen has appeared in several films and TV shows throughout his acting career. However, he is best known for his collaborations with the famous American writer and director, Quentin Tarantino.

So far, he has appeared in three Tarantino movies including his first, Reservoir Dogs, the western-styled, ‘Django Unchained’, and his latest movie, ‘Once Upon a Time in Hollywood.’

In Django, he portrayed the role of the 1850s slave tracker Mr. Stonesipher. He portrayed Straight Satan David in Once Upon a Time in Hollywood’.

Moreover, he appeared in the Del Shores dramatic festival film, Blues for Willadean. The movie was critically acclaimed. It is an adaptation of Shores’ The Trials and Tribulations of a Trailer Trash Housewife which he gave as the abusive husband, J.D. Winkler.

He also created the character for which he won an LA Weekly Award for Best Supporting Actor and an Ovation Award for Acting Ensemble.

In addition to being a great actor, he has also worked as a writer and producer. He co-wrote, produced, and starred in the film, ‘The Corndog Man’ that premiered at the Sundance Film Festival. Moreover, he also appeared as G. W. in the series, ‘Sordid Lives.

As a writer, his first work was in the play, ‘A Gift from Heaven’. The play earned eleven Drama-Logue Awards. His next play, Avenue A won the Los Angeles Times Critic’s Choice Pick and received the Ted Schmitt Award for Best New Play. His portrayal of the character Larry earned him the Featured Performance Award.

As of 2022, David Steen has an estimated net worth of around $2 million. His primary source of income is directing and acting. He has not revealed his annual salary. On average, an American actor earns around $40k per year and a director makes around $91k per year.

Is David Steen involved in any rumors and controversies?

Stern has not been involved in any controversies. He has been able to keep himself away from any type of controversy and scandal. So far, he has not done anything controversial in his career. He has kept his profile clean and has simply focused on his career and personal life. Similarly, there are no rumors about him.

David Steen stands at a height of 6 feet and weighs around 70 kg. His hair color is brown and his eyes are blue in color.

Steen is not active on social media sites. He has preferred to keep himself away from the social media world and has remained private regarding his personal life.

You may also like to read more about the Bio, Career, Net Worth, Relationships, and more about Ato Essandoh, Quentin Tarantino, Jamie Foxx, and more.