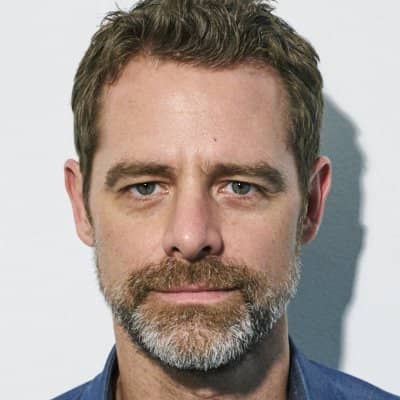 [on the similarities between playing poker and detective work] The mastery of the game comes from the subtleties, intuiting somebody's betting patterns and keeping your betting patterns varied so no one can pick up on your style. You're messing with people's minds and know that other people are trying to mess with yours. Practicing that skill comes in very handy, specifically in interrogating subjects.

Previously, he exchanged vows with Julie McCullough on 10 Nov 2001. His ex-wife is an actress plus model.

The after just two years of being married, they divorced each other in Dec 2003.

Who is David Sutcliffe?

David Sutcliffe is a Canadian actor and a Core Energetics Practitioner. He rose to fame for his characters in Gilmore Girls, Cracked, and more.

For his work, he was nominated by ACTRA Awards, Canadian Screen Awards, and Golden Maple Awards.

His birthdate is 08 June 1969 and he was born in Saskatoon, Saskatchewan, Canada as David R. Sutcliffe. The name of his mother and his father is behind the curtain.

David’s ancestry is Caucasian and as per his academics, he attended Victoria College of the University of Toronto to study English literature.

Moreover, he also went to Radical Aliveness Institute which is in Southern California and graduated from there.

David Sutcliffe started his acting career in 1995 by appearing in an episode of Forever Knight. His acting in Cold Feet (1999) as Adam Williams, Grapevine (2000) as Matt Brewer, and The Division (2003) as Jonah is very much appreciated

He was also briefly seen in Will & Grace, Fast Track, The Division, CSI: Miami, Insecure, Drop Dead Diva, The Romanoffs, etc. His other notable small-screen projects are,

Moreover, David is also featured in several notable movies. Some of them are Happy Endings as Gil, Cake as Ion, Inconceivable as Jon, Milton’s Secret as Bill, and more.

In 2021, his net worth is around $3 million US. His yearly salary from his career is not revealed.

This Gilmore Girls famed actor is keeping himself away from rumors and desperate scandals.

David Sutcliffe’s height is 6 ft 1 inch and his body weight is 75 kg. Similarly, he has grey eyes plus his hair color is light brown.

David is available on social sites. But his Instagram and Twitter accounts are with over 8.8k and 24k followers respectively.