David Trueba is a well-recognized journalist, writer, novelist, screenwriter, and director. Trueba is widely famed for his work on The Good Life(1996), Living Is Easy with Eyes Closed(2012), and Soldiers of Salamina(2003). , David Trueba is possibly single. 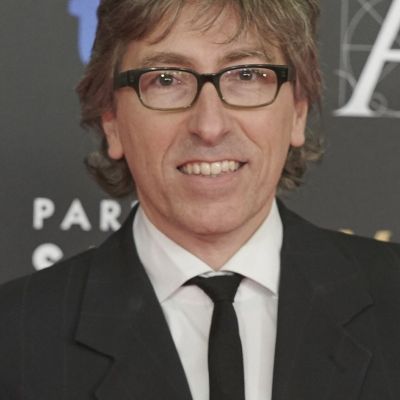 Talking about his relationship details, David Trueba is possibly single and he is not dating anyone at the moment. The star seems to be focused on his career and professional life at the moment.

Previously, he was married to Ariadna Gil. Gil is a popular Spanish actress known for her energetic acting in films like Belle Epoque, Pan’s Labyrinth, and Lagrimas Negras.

The former couple tied the knot in 1993 and has been blessed with two children named Violeta and Leo. Sadly, they separated in 2008 without any enclosed reason.

Who is David Trueba?

David Trueba is a well-recognized journalist, writer, novelist, screenwriter, and director. Trueba is widely famed for his work on The Good Life(1996), Living Is Easy with Eyes Closed(2012), and Soldiers of Salamina(2003).

David Trueba was born on 10 September 1969. At present, his age is 52 years old. Likewise, his birthplace is Madrid, Spain.

Not much is known about her father and mother’s details, David has been secretive towards his family details. Moreover, he has seven siblings

Talking about his nationality, Trueba holds a Spanish identity whereas his ethnicity is Hispanic.

Regarding education, the writer studied journalism before working in various communication media.

Professionally, David is a multi-talented professional. He is a journalist, writer, novelist, screenwriter, and director. As a screenwriter, he has been successful with the films, Two much(1995), Perdita Duragno(1997), La Fille de tes reves(1998), Vengo, and so on.

Likewise, Trueba’s first film as a director, la Buena Vida is presented at the Directors’ fortnight in Cannes. He directed Obra Maestra in 2000, Soldades de Salamina in 2003, and Bienvenido a casa in 2006.

The director, David has been a highly regarded novelist since the publication in 1995 of his first book Open All Night. He has published 4 other novels which have been translated into more than ten languages.

Some of his awards and rewards are: –

A famed multi-talented personality, Trueba has earned a handsome amount of money from his profession. He lives a quality lifestyle along with his family.

It is reported that David Trueba has an estimated net worth of $500-$1million.

However, the writer has not disclosed his exact salary, earnings, and assets details till now.

It seems that Trueba prefers enjoying his personal life and does not want to merge it with his professional life.

52 years old director, David has handsome looks and an admirable personality. He has not mentioned his exact height but seems to be more than 6 feet tall.

Furthermore, Trueba has brown eyes whereas his hair is light brown.

Regarding his social media presence, David Trueba is an active personality on social media. David has no official Instagram, Facebook, and Twitter accounts at the moment.

It seems the star does not prefer sharing his personal life with the media.