Divorced with his wife

He married Zandy Hartig in 2009, but their marriage did not survive long.

That’s Why David Wain divorced his Wife Zandy Hartig in 2015. The couple also had two children from this union. Wain has not revealed any information about his personal life.

As a result, no information is known concerning how and where they married or how they fell in love. 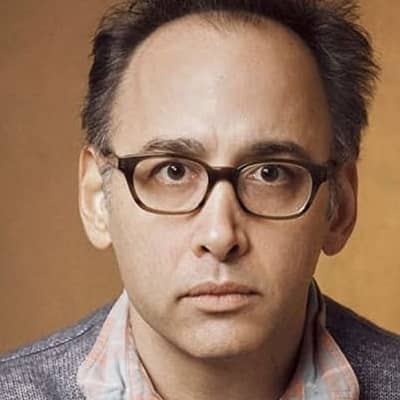 Who is David Wain?

David Wain is a well-known Comedian, Writer, actor, and director who has co-written and directed films like Wet Hot American Summer, Role Models, They Came Together, and Wanderlust.

David Wain has also acted as director, creator, producer on many films like First Day of Camp, Children Hospital, and Medical Police. Wain has also won The Webby Awards for Childrens Hospital and Wainy Days.

David Benjamin Wain is his full name was born on 1 August 1969 in Shaker Heights, Ohio, United States. As he was born in the United States he holds the American nationality, believes in the Jewish religion, and belongs to white ethnicity.

When David Wain was younger, he attended a summer camp in Canaan, Maine, which served as the inspiration for Wet Hot American Summer. He attended the university known as New York University.

David Wain’s career began as a member of the sketch comedy troupe The State. This trio also has its own MTV program called The States, for which he directed several segments. He is also a part of the comic trio Stella, and they have appeared in Stella shorts and the 2005 TV series Stella.

He was first featured in the film name Wet American Summer which he directed the film. After that, his second feature film was The Ten. Likewise, his third feature was Role Models which received many positive reviews from fans.

Following that, David Wain participated in the online series Wainy Days on the website MY Damn Channel, which ended in January 2012.

Not only that, but he also provided the voice for the animated series Superjail!. He also performed as a commentator in the I Love the 70s, I Love the 90s Part Deluxe Series and many more shows. Wanderlust, his fourth feature, was released on February 24, 2012.

They Came Together, his sixth feature, was released in 2014.

In 2018, he also directed A Futile and Stupid Gesture.

It is known from the source that David Wain’s whole Net worth of 2022 is estimated to be $1 million. But his salary and income are yet to be discovered. His primary source comes from his career as an actor, comedian, writer, and director.

David Wain has always been concerned about his personal life. So there has not been any news about him being involved in any rumors and controversies which might bring unbalance in his career and personal life.

David Wain is 5 feet 8 inches tall and weighs 72 kg, giving him an attractive appearance. However, his bodily measurements have yet to be reviewed. In terms of physical appearance, he has black hair, brown eyes, and fair skin.

David Wain is active on social media sites with millions of followers who love and supports him. He is active on Twitter with more than 6k tweets and 184.6k followers and has 3294 fans on Facebook.

Likewise, he also has Instagram with 19.9k followers and on this Instagram, he has shared his photos and also shared photos with his loved ones.

He also has a TikTok account with 562.9k likes and 51.8k followers. In addition, he is frequently active on his YouTube channel name David Wain with 2.9k subscribers.

Celebrity horse-owners! List of celebrities who own horses on their farms!