A multi-instrumentalist and leader of progressive rock band David Winans Jr. is a father of one. 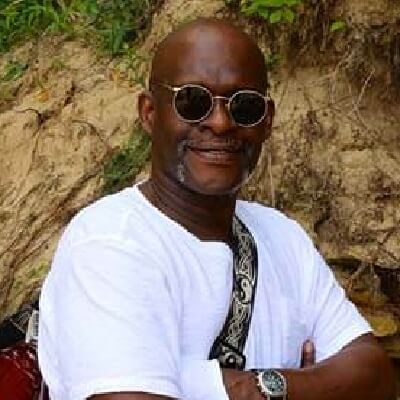 What is the relationship of David Winans Jr.?

David Winans Jr. was a married man. His wife’s name was Deborah Ann Coduto Winans. There is no information about the wedding date. Unfortunately, she died due to illness on 12 January 2007.

From their marriage, the couple has a daughter named Seven Simone. He has not been in any other relationships after her death.

Who is David Winans Jr.?

David Winans Jr. is an American musician. He is a member of the famous gospel music artist’, The Winans Family. He is a guitarist and bassist.

His father, David is better known as “Pop” Winans. He is one of the greatest gospel singers of all time. He is the eldest of their ten children.

His parents recorded together as ‘Mom and Pop Winans’ and also recorded separately as ‘Mom’, ‘Pop’, ‘David’, or ‘Delores’. Furthermore, they also received a Grammy nomination in 1989 for their popular CD, ‘Mom & Pop Winans’.

His ancestry is All-American.

There is no information about his educational background. Winans has not revealed where he got his formal education from.

David Winans Jr. is a professional instrumentalist. He started as a bassist for ‘The Winanaires’. It is the earliest version as a gospel quartet of the Winans before they eventually became ‘The Testimonial Singers’. While he was in the ‘Testimonial Singers’, he played guitars.

After some time, they changed to ‘The Winans’. He played guitar under the production of Bill Maxwell. Following that Quincy Jones’ label, Qwest Records. He also played guitar for the ‘Let My People Go’ album. The album won the Grammy awards. Furthermore. he has solo Christian rock projects, DWP, Xairia, and David Winans’ pi.

David has won 10 Detroit Music Awards for Outstanding Songwriter, Outstanding Instrumentalist, and Outstanding Performance with the group pi in existence.

Furthermore, he received Outstanding Instrumentalist with his recording with Righteous Through God. Recently, he received three Detroit Music Awards for ‘Will You Bring Me There Again’.

David has not revealed his net worth. Also, there is no information about his salary.

Gospel singers in America have an average annual salary of around $18k – $141k. On average, gospel singers earn around $71k a year.

David has black hair and brown eyes. There is no information about his height and weight.

He has not done anything controversial so far in his career and has not been involved in the scandal. Similarly, there are no rumors about him.

However, his nephew, Michael Jr., the son of his brother, Michael financially defrauded $8 million from 1200 investors. The investors were good Christian people and he betrayed them by using his Christian faith and the reputation of the family.

After testimony from two of his victims, he was sentenced to 13 years and 9 months in prison and was ordered to pay the victims a total of $4.8 million.

You may also like to read the Bio, Career, Net Worth, Body Measurements, Social Media, and more about Delores Winans, Carvin Winans, and Marvin Winans.

Who is Daniel's wife?