Who is Davide Sanclimenti Dating?

Davide Sanclimenti has finished the eighth season of Love Island, along with his new partner, Ekin-Su Cülcüloğlu.

The couple has won the heart of viewers through their on-screen romance. So, it is a great matter of interest for the viewers to know whether they will continue their romance off-screen or not.

The details of his past relationships or affairs have been kept under lock by him to date. 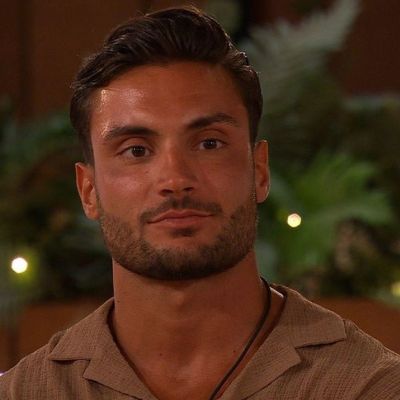 Davide Sanclimenti is a known reality star and Italian Entrepreneur. He soared to fame after appearing as a contestant on the eighth series of Love Island, a British gaming show. The show aired from 6 June 2022 to 1 August 2022.

On 1 August 2022, Davide was announced as the winner of the show along with his partner, Ekin-Su Cülcüloğlu.

The reality star was born in 1995 in Rome, Italy. As of 2022, he is 27 years old holding Italian nationality. Similarly, her ethnicity is unknown.

As per his academics, In 2017, he earned his bachelor’s degree in Economics & Business Administration from the University of L’Aquila. Besides, that, he graduated with MSC in Accounting & Finance from The University of Salford.

Then, in 2020, he graduated from the University of Rome Tor Vergata with a Master’s Degree in Finance & Banking.

Other details about his parents and siblings are yet to be disclosed.

Prior to joining Love Island, he served as a sales specialist and sales manager at Libertine Club. Then, he worked as an Accounts Assistant for Bridgewater Finance Group in Manchester.

He also served as a Junior Financial Officer and later he became the Director of S Deluxe Shisha in July 2021.

David Sanclimenti soared to fame after appearing in the eighth season of the dating game show, Love Island. It is a spin-off of the earlier celebrity series of the same name.

Becky Hill and Joel Corry made came appearances in the show and performed during a VIP party at the Vibe Club. In the finale, the series was won by David Sanclimenti and Ekin-Su Cülcüloğlu, by 63.7% of the final vote. Similarly, Gemma Owen and Luca Bish were runners-up.

The Love Island winners, Ekin-Su Cülcüloğlu and Davide Sanclimenti won the show and received the £50,000 prize.

So, the net worth of Love Island, winner, Davide is estimated to be about £ 1 million as of 2022.

Because of his popularity through the show, he might get big deals and become a millionaire in a short time.

Love Island fans seem to be keen to know about his net worth and what he does for his living. The rumors have been floating that, he is a self-made millionaire as he is the owner of a company named, S Deluxe Shisha.

The owner of S Deluxe Shisha stands at the height of 6 feet weighing around 95 Kg. In addition, his chest size is 44 inches, waist size is 34 inches and bicep size is 19 inches.

Similarly, Davide Sanclimenti has a charming personality. He has a trimmed beard, a perfect jawline, with a fair complexion, which made him look more handsome.

Additionally, He has a pair of black eyes and dark brown hair.

Talking about his social media appearance, Davide Sanclimenti has an Instagram under the username, @davidesancli, that has garnered over 1.5 million followers.

On the other hand, there is an unverified Tiktok account under his name, which is enriched with over 106.2K followers.