Davina McCall is a TV presenter and model. She married twice but both ended in divorces. She was dating her hairdresser Michael Douglas last. 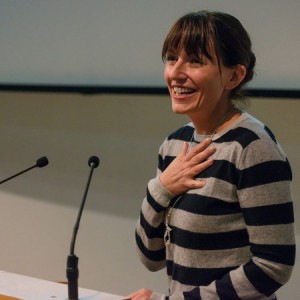 The best advice I've heard was from a lady in her 80s at my grandmother's 90th birthday. I was telling her how wonderful my children are. She said, "Don't forget your husband: you only borrow your children

your husband you'll have for ever.

I knew it was really, really popular when my granny told me she watched it, and was addicted. When your granny is interested, you know you're on to a winner.

Reflecting on a personal life of Angela, she had brief relationships with Eric Clapton and Stan Collymore. Later in 1997,  she married Andrew Leggett but the marriage only lasted a few months.  Later on in June 2000, she married Matthew Robertson, presenter of Pet Rescue. As a result, they had three beautiful children: Holly & Tilly and Chester. They renewed their vows in 2015 only to divorce in 2017.

Later in May 2019, she was spotted with her hairdresser Michael Douglas.

Who is Davina McCall?

Beautiful Davina McCall is an English television presenter and model. She was famous as the presenter of Big Brother on Channel 4. In the same channel, she hosted The Million Pound Drop Live, Five Minutes to a Fortune and The Jump as well as Sky1’s Got to Dance and ITV’s Long Lost Family and Stepping Out.

Davina McCall was born 16 October 1967 in Wimbledon, London. She was born to a French mother, and an English father, Andrew McCall. Unfortunately, her parents divorced when she was just three years old. She had a complicated relationship with her mother.

Talking about her education, she attended different schools such as St Catherine’s School and an independent school. However, there is no information regarding her later education.

Earlier in her career, she started as a singer in a band, Lazy Bear. At the age of 19, with the assistance of her then-boyfriend Eric Clapton, she produced her demo music disc. However, after her music career failed miserably, she started working as a booker for Models 1. Later on, she opened a restaurant and worked as a cabaret performer and dancer for a brief period.

After that, Davina McCall pursued her career as a presenter. As a result, in 1992, she began working as a presenter for MTV Europe. Since then, her career took off steadily as a presenter and host. Soon she was hired to present for popular shows such as, “God’s Gift,” “Streetmate,” and “Don’t Try This at Home.” Furthermore, she found major success in her entire career as the host of “Big Brother.” As a result, she appeared on the show for a long eleven seasons. Similarly, she hosted “Celebrity Big Brother” and “Big Brother’s Big Mouth.” Currently, she now hosts her show called, “Davina.” At the same time, she is for, “The Million Pound Drop Live” and “Five Minutes to a Fortune.”

Furthermore, also find out more about the early life, career, net worth, relationships, and controversies of television presenter and model like Nell McAndrew, Alejandra Espinoza, and Nikki Sanderson.

British TV presenter Davina McCall opens up about her menopause problems and HRT!