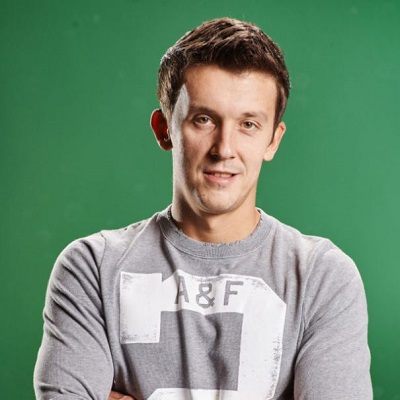 What is the relationship of Dawid Celt?

Dawid Celt is happily married to the Agnieszka Radwańska. His wife is a tennis player. The couple started dating in December 2013.

After dating for around two years, the couple got committed to each other as a fiance. The engagement took place in 2016. Eventually, the couple exchanged vows on the 22nd of July 2017. The wedding event took place in Poland in front of family, friends, and their WTA and ATP peers.

Recently, their third wedding anniversary, he shared a glimpse of his wedding day.

Who is Dawid Celt?

Dawid Celt is a tennis player and a coach. He is renowned as captain of the Polish tennis team in the Federation Cup.

Currently, he is a coach of the tennis Academy, WKT Mera.

His father, Józef Celt happens to be a tennis coach who inspired him to play tennis from a very early age. To date, she has shared any details about her mother.

He has a brother, Błażej Celt.

To date, details on his academic background are behind the curtains.

Dawid Celt was passionate about sports since his childhood. As a child, he was greatly influenced by his father and developed a passion for tennis. Hence, he started playing tennis under his father’s supervision in the Victoria club.

Also, he has an equal attraction to soccer too. Hence, he used to play soccer in the club. However, he gave up on football and chose tennis as his professional career.

In his career as a tennis player, he won medals in the polish championships including individual and double tournaments.

On the 26th of September 2011, he reached his career-high rank in single and ranked 852. Before that, on the 15th of October 2007, he reached career-peak in doubles with the range 1151. Despite having a smooth career as a tennis player, his career took a great turn of events as he got senior injuries.

After the recovery, he restarted his career as a coach. He became the second coach of the Polish Women’s national team. At the time, he also worked as a sparring partner for Agnieszka Radwańska too.

In 2018, he became the captain of the Polish team in the federation cup. As the captain, his first match Euro-African Group I competition took place in Tallinn. In the competition, the Polish team came in the 5th position. Currently, he is associated with the tennis academy, WKT Mera as a coach.

As a tennis player, the total prize money that he earned through games, single and double combined is $10,968.

To date, he has managed to maintain his divinity as a sports personality. To date, he has not been involved in any sort of controversies and scandal that made headlines in the media.

Also, he has maintained a distance from any type of rumors too.

Dawid Celt has brown eyes with brown hair. He stands at a height of 5 feet 11 inches and weighs around 82 kg with an Ectomorph body type.

Talking about his appearance, he has a sharp look with a long-shaped facial structure. Also, he prefers to be clean-shaven too.

You may also read the bio of Jill Vertes, Xisca Perelló, and Aida Garifullina.