Dawn Davenport is a sports journalist, anchor, writer, and producer.

Dawn and her husband shared this news via Davenport’s official Instagram On 31st July 2019.

Dawn was married to Johan Kok on June 4, 2011, in Nashville, Tennessee. The sports host continued to flaunt her golfer ex-husband on Twitter until 2014.

However, the married lady abruptly stopped posting the pictures with Johan after the divorce. 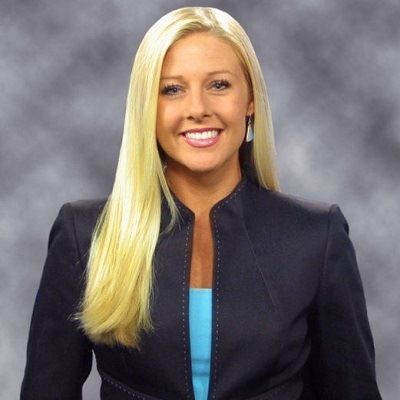 Who is Dawn Davenport?

She is famous for her work on the sports network ESPN and WKRN-ABC for nearly a decade.

Dawn Davenport was born on February 25, 1980, in Piano, Texas, the United States in Hispanic heritage. She is a Pisces.

She has not shared the name of her father and mother.

Davenport joined Auburn University in December 2002. She graduated with a degree in Mass Communications/Radio, television, and film.

She played volleyball at Auburn and was a 2-time SEC All- American Academic.

Dawn Davenport started her career at WWAY NewsChannel 3 in March 2003, where she worked as a Weekend Sports Anchor/ Reporter.

She moved to WRIC Young Broadcasting, where she served as Sports Anchor/Reporter for three years.

Dawn started to work as Sports Anchor/Reporter at WKRN in July 2008 and worked in the same position for seven years.

She served as Morning News Anchor for Young Broadcasting for three years, starting in 2013.

Dawn gained experience in media in different positions, she got a job as Sideline Reporter in August 2013 at ESPN. However, she has been serving in ESPN as a college football reporter.

Currently, she is working at WKRN-ABC as a morning show anchor. Moreover, she worked for events, CSS Sports Atlanta, and for the Colonial Athletic Association.

She won an Emmy Award for sports journalist and anchor with extensive live shooting experience.

Where is Dawn Davenport today?

Where did Dawn Davenport go to college?