Updated On February 2, 2023 | Published By: Arun Mehata
Share this
Married 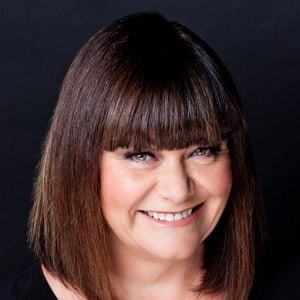 Brit sitcom is usually good character observation and less gags. The Americans love the comedy to be high gag quota and slick.

I am not, I repeat, NOT a lesbian - even though I'd like to be one when I grow up.

It was my father who taught me to value myself. He told me that I was uncommonly beautiful and that I was the most precious thing in his life.

I keep my own personality in a cupboard under the stairs at home so that no one else can see it or nick it.

Who is Dawn French married to?

Additionally, they have a daughter named Billie from this relationship.

French is presently married to Mark Bignell. They have been married for 5 years.

Previously, they were dating for 2 years. They married on the 20th April 2013.

Who is Dawn French?

Dawn French is an English actress, comedian, and presenter.

People mostly know her for starring in and writing for the sketch show ‘French and Saunders’.

Additionally, she also portrayed the role of Geraldine Granger in the BBC sitcom ‘The Vicar of Dibley’.

French was born as Dawn Roma French in Holyhead on October 11, 1957.

She was born to parents Denys Vernon French and Felicity Roma French.

Additionally, she has an older brother. Her father was in the Royal Air Force.

She became interested in the world of acting and comedy since her childhood years.

She is of British and English nationality. Furthermore, she belongs to a mixed ethnic background of English, Irish, and Cornish.

She came to public attention as a member of the comedy collective The Comic Strip.

In addition, she and Saunders continued as the embers of The Comic Strip which included Rik Mayall, Peter Richardson, and Robbie Coltrane.

The group gained a cult following after performing at the Boulevard Theatre. Additionally, in 1985, she appeared in ‘Saturday Live’.

In 1985, she had roles in ‘Happy Families’. She also played Andrea in ‘The Supergrass’.

Furthermore, she was also cast as Amanda in the TV series ‘Girls on Top’.

Since then, she has appeared in numerous other movies and television series. All in all, she has over 65 credits as an actress.

Some other movies and television series that French has appeared in are ‘Delicious’, ‘The Vicar of Dibley’, ‘French and Saunders’, ‘The Wrong Mans’, ‘The Comic Strip Presents…’, ‘Lark Rise to Candleford’, ‘Little Crackers’, ‘Clatterford’, ‘A Bucket o’ French & Saunders’, ‘Let Them Eat Cake’, ‘Murder Most Horrid’, ‘Sex & Chocolate’, ‘Look at the State We’re In!’, ‘The Legends of Treasure Island’, and ‘Absolutely Fabulous’ among others.

French has won the BAFTA TV Award. Additionally, she has also received seven other nominations for the same award.

French won the British Comedy Award in 1997. All in all, she has 4 wins and 16 nominations to her name to date.

French has not revealed her current salary. However, she has an estimated net worth of around $10 million as of 2022.

French made the news in 2017 after she revealed that she and Saunders would not be coming back as Edina and Patsy in 2017.

She revealed that they made the decision as people are too easily offended nowadays.

Additionally, she and Saunders also received criticism for one of their sketches, ‘fudge packer’ in 2017.

At present, there are no rumors concerning French and her career.

Talking about her body measurement, French has a height of 5 (1.52 m).

Additionally, she weighs around 74 kg.

Similarly, her Facebook page has more than 377k followers.

Also find out more about another British actress and comedian, Kathy Burke.