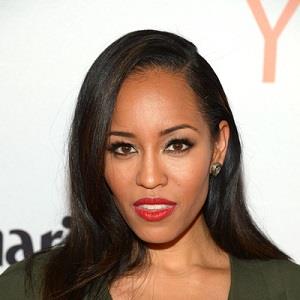 Dawn-Lyen Gardner has not revealed much information relating to her past and present relationships. Currently, she is believed to be single.

Dawn-Lyen Gardner is an American actress. People mostly recognize her for her leading role in the Oprah Winfrey Network drama series, ‘Queen Sugar’.

Gardner was born in Los Angeles, California on August 30, 1981. Most of the information relating to her early life and childhood years are not available at present. She holds an American nationality.

Furthermore, she belongs to a mixed ethnic background. She is of mixed-racial heritage and has an African-American father and a Chinese mother.

Talking about her education, Gardner graduated from Los Angeles County High School for the Arts in 1999. Later, she moved to New York City and attended Juilliard School. Eventually, she graduated from Juilliard in 2003.

Dawn-Lyen Gardner began her acting career at an early age. Initially, she had a recurring role on ‘Viper’ and guest-starred on ‘ER’. During her time in Julliard, she appeared on several stage productions like ‘ For Colored Girls’, ‘The School of Night’, and ‘The Seagull’. Additionally, she also worked as a voice actress playing Stella Gerrera in the ‘Star Wars: The Clone Wars’.

Gardner’s most important role came after she was cast as a lead character alongside Rutina Wesley in the Oprah Winfrey Network drama series, ‘Queen Sugar’ created and produced by Ava DuVernay and Oprah Winfrey. All in all, she has 20 credits as an actress for her appearances in movies and television series.

Some of the movies and television series that she has been part of include ‘The Dunning Man’, ‘Luke Cage’, ‘Unforgettable’, ‘Castle’, ‘Heroes’, and others.

Gardner garnered the Black Reel Awards for Television nomination in the category of Outstanding Actress, Drama Series for her performance in ‘Queen Sugar’ in 2017. She has not revealed her current salary. Furthermore, there is no detailed information relating to her net worth at present.

Gardner has kept most of the information relating to her personal life away from the mainstream media spotlight. She has not been involved in any notable controversies to date. Furthermore, there are no rumors concerning her life and career.

Talking about her body measurement, Dawn-Lyen Gardner has a height of 5 feet 9 inches, and her bodyweight is in average size. Additionally, her hair color is black and her eye color is brown.

Gardner is quite active over social media. She has a huge number of followers on social networking sites such as Facebook, Twitter as well as Instagram. She has more than 25K followers on Twitter.

‘Queen Sugar’ Actress Dawn Lyen-Gardner!! Is She Engaged Or Single? Also Know What The Actress Has To Say About Female Empowerment On Hollywood