Talking about her relationship detail, Dawni Sahanovitch is happily living with her husband, Devon Sawa. Sawa is a well-named Canadian actor known for his role in Little Giants in 1994. The couple tied the knot in November 2010 in a private manner. 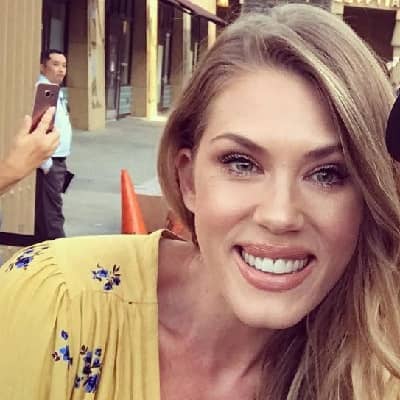 Moreover, she has her own business of  Interior Designing named Dawni Sawa Interiors.

Dawni Sahanovitch was born on 30 November 1978. At present, her age is 42 years old. Likewise, her birthplace is Vancouver, Canada.

Not much is known about her father and mother’s details, Dawni has been secretive towards her family details. Moreover, she has not stated her sibling’s information in the public till now.

Talking about her nationality, Sahanovitch holds a Canadian identity whereas her ethnicity is Caucasian.

Regarding education, the star attended The Academy of Interior Design Los Angeles where she earned her accreditation in Interior Design. She was also awarded “Best Designer” in her class

Dawni is a multi-talented professional. She first worked in the television industry for several years. There she worked as a coordinating producer and produced some movies as well. She was the producer of Canada’s Bachelor Show.

By profession, Sahanovitch is an interior designer. Her goal is to design beautiful spaces for clients that are warm and inviting. She is also passionate about the Real Estate business. Dawni has experience of more than 15 years in this field. The designer has been dealing with building apartments in North Vancouver Canada.

Later, she shifted to LA and started her business there. On the other side, her husband, Devon began his career as a children’s action toy spokesperson in 1992. He also featured in movies such as Little Giants and Casper in his early career.

Devon in advance has worked in different movies such as Wild American, Idle Hands, SLC Punks! , and Final Destination.

A multi-talented star, Dawni has earned a handsome amount of money from her profession. She lives a lavish lifestyle along with her family.

It is reported that Dawni Sahanovitch has an estimated net worth of $1 million. On the other side, her husband, Devon has earned more than $2 million.

However, the business person has not disclosed her exact salary, earnings, and assets details till now.

Dawni has never been part of any controversial matter or rumors till now. – has been preoccupied with her professional and private life.

It seems that Sahanovitch prefers enjoying her personal life and does not want to merge it with her professional life.

42 years old star, Dawni has beautiful looks and an admirable personality. She has not mentioned her exact height but seems to be more than 5 feet.

Furthermore, Sahanovitch has hazel eyes whereas her hair is blonde.

Nevertheless, the popular business person has never mentioned other physical details in the public yet.

Regarding her social media presence, Dawni Sahanovitch is an active personality on social media. Dawni has more than 2k followers on her official Twitter account @Dawni_S.

She is also active on Facebook at the moment.

However, Sahanovitch is not available on Instagram till now.