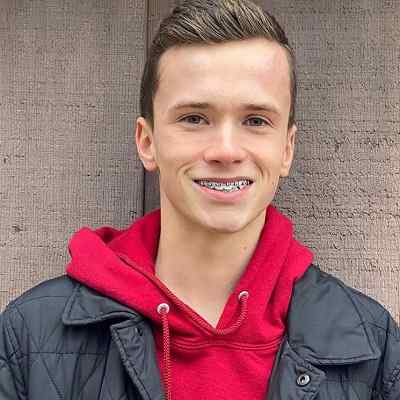 Dawson Day was in a romantic relationship with a Social Media Personality, Zoe LaVerne. She often features on his social media accounts. With her, he has a daughter named Emersyn Raylee, who arrived after an emergency cesarean section. Some sources even claim they are married.

Previously, Dawson was in a relationship with a beautiful girl named Sarah Taylor.

Who is Dawson Day?

Dawson Day is an American Instagram star and Tiktok Celebrity.

He is popular for his Instagram posts, vines, and videos on Tiktok. Dawson usually posts comedy videos and dancing videos on his Tiktok.

Dawson Day whose full name is Dawson Brady Day was born on 26 May 2000. He hails from Greenwood, Indiana, USA. As of 2021, he celebrated his 21st birthday.

Talking about his siblings, he has a sister named Ava Grace. His parents are very supportive of him. He Shares a huge bond with his parents.

Moreover, Day’s nationality is American and his birth sign is Gemini.

Speaking of his education, He graduated from Greenwood High School in June 2019. Besides that, there’s no information regarding his educational life. He might have stepped out of education to start his social media journey.

Dawson Day has signed a contract with several companies and endorsed brands. He Started his Instagram journey on 24 August 2015. Soon after that, Dawson started uploading his modeling pictures and daily activities. On his new account, the oldest post is a selfie of Dawson himself on 9 June 2019.

Likewise, he launched his TikTok account in 2019.  However, he first uploaded his TikTok video on 4 February 2019, in which @zoelaverne, @codyorlove, and @ambrrie are featured in the original sound by @siennasadler.

Currently, he is surrounded by more than 718.6K followers on his @dawsonday_1 Tiktok account. In her Tiktok account, he has already collected more than 13.1M overall likes. He usually posts comedy videos and dancing videos on his Tiktok.

Dawson has not revealed his net worth. The major source of his income is his Instagram and Tiktok account for now. He earns a good amount of money through his social media account. There’s no doubt that he’ll be earning more money in the future.

Day has never been involved in any controversy, rumors, or scandal.

Day is a handsome hunk with great charm and personality. He is a good-looking young lad with a decent height and his weight is under review. His hair color is dark brown and his eyes are hazel.

Dawson Day is quite popular on social media platforms. He goes by the name @dawsonday_1 on his Instagram with around 182K followers. Likewise, he has over 438 followers on Twitter and around 718.6K followers on Tiktok with over 13.1M total likes.