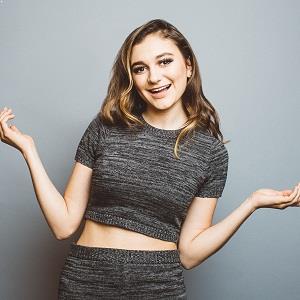 Daya was born to Indian-American parents in Pittsburgh, Pennsylvania, United States of America. She was born on October 24, 1998, and was raised by her parents in the same place where she was born. Her nationality is American but, her ethnicity is Indian-American as her grandfather was Indian.

Talking about the educational background of Daya, she attended St. Bernard School and later, moved to Mt. Lebanon High School. After her graduation from Mt. Lebanon High School, she got enrolled at the Accelerando Music Conservatory and got the opportunity to work with Chirumbolo and Barletta who later invited her to work on her original material in Los Angeles.

Daya’s Career, Salary, and Net Worth

After her training at Accelerando Music Conservatory, she moved to Los Angeles, California for the sake of her fostering interest in being a successful singer along with Chirumbolo and Barletta. They are the founder of INSIDE ACCESS. She released her first song ‘Hide Away’ on April 22, 2015, which was followed by her debut performance on ‘Hide Away’ at Today with Kathie Lee and Hoda. She got some opportunities to work as a singer and release her first self-titled EP, Daya which debuted at 161 on ‘Billboard 200’.

Unlike other celebrities, there is no any information about the love life of Daya and her professional life as well. She has not fallen into any major controversy in her life till now.

Spider-Man Homecoming Stars: Tom Holland and Zendaya Rumored To Be In Romantically Linked; Rumor Denied By Both The Stars