Daym Drops is a married man. He married his wife Ramyr Gonzales. The coupled tied the knot in the year 2012.

They first met when Daym was between jobs, long before he became famous for his food videos. The pair is blessed with their first daughter Kaitlyn Patterson born in 2012. 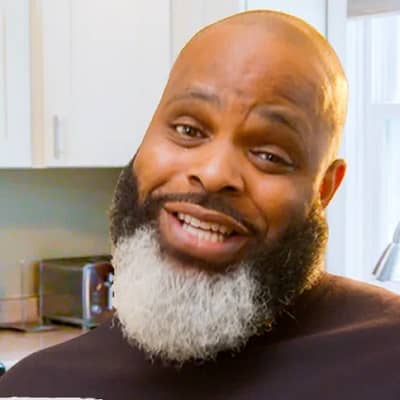 Who are Daym Drops?

He initially gained popularity on the video-sharing site YouTube for his video review of a Five Guys takeout meal, which spawned a viral online song by The Gregory Brothers.

Daym Drop’s birth name is Daymon Scott “Daym” Peterson was born on September 24, 1977, in Bridgeport, CT. As of now, he is 44years old. Talking about his nationality, he holds an American identity.

He was born in Bridgeport, Connecticut, and raised in Stratford, Connecticut as an only child. He has three half-siblings on his father’s side. Nothing much is known regarding his family background and his educational qualification.

Daym worked as a manager at Wal-Mart for a few years before becoming a YouTuber, and he also spent a year or two at the used-car retailer CarMax.

Drops are best known to many as Daym Drops. He is a well-known food critic and television personality who employs comedy to help viewers understand how food tastes. He rose to fame on YouTube for his video review of a Five Guys takeout meal, which spawned a viral online song by The Gregory Brothers.

Daym hosted Best Daym Takeout, a Travel Channel food-review program based on him and with elements borrowed from his YouTube channel, which aired in 2013.

Drops is now a full-time reviewer of fast food takeaways. His videos have featured foods from Burger King, McDonald’s, Jack in the Box, In-N-Out Burger, and Taco Bell, among others.

Furthermore, he has also appeared in Popeyes and Burger King commercials. He appeared in the Netflix original series Fresh, Fried, and Crispy, which premiered on June 9, 2021. He made an appearance in the pilot episode of Netflix’s baking competition series Is It Cake? On March 18, 2022, the entire first season was released.

Talking about his net worth, Daym monthly estimated earning is around $659-$10.5k, and his yearly earnings are approx $7.9k-126.6k from his official  Youtube channel named Daym Drops.

Throughout his successful career, Daym hasn’t been a part of controversy and rumors yet.

He has maintained a clean image and appears to be avoiding unwanted scandals and news.

Daym Drops stand tall at a height of 6 feet and 4inch. At some point in 2015, he weighed 180kg. There is no accurate information available about his weight.

Also, he is seen active on Facebook where 525k people him.