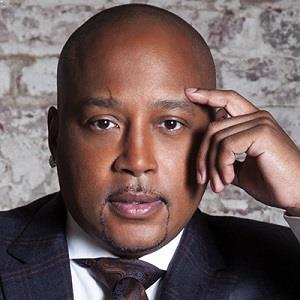 [observation, 2017] I really learn something new every day. I feel like I did in my twenties, like a rocket ship with the sky as a limit. Only now, it's filled with the fuel of experience.

Daymond John was previously married. However, there is no detailed information available regarding the marriage. He has two daughters from this relationship, Yasmeen, and Destiny. Presently, John is in a relationship with Heather Taras. They are engaged and have a daughter named Minka Jagger John.

Who is Daymond John?

Daymond John is an American businessman, television personality, author, investor and motivational speaker. People mostly recognize him as the founder, president, and CEO of FUBU. Additionally, he also appears as an investor on the ABC reality television series ‘Shark Tank’.

John was born in Brooklyn, New York City, New York on February 23, 1969, to parents Garfield and Margot John. Throughout most of his childhood years, he grew up in the Queens neighborhood of Hollis. He is of American nationality. Furthermore, there are no details available regarding his ethnic background at present.

Talking about his education, John attended Bayside High School. In his high school, he participated in a program which allowed him to work a full-time job and also attend school on an alternating weekly basis.

John initially started a commuter van service. He later started FUBU in his mother’s house in Hollis. The company has earned over $6 billion in global sales. It is also featured at the Smithsonian’s National Museum of African-American History and Culture. Additionally, John joined the cast of ‘Shark Tank’ in 2009. In addition, he is the CEO and founder of The Shark Group.

Furthermore, John is also a public speaker. He is also a brand ambassador for the e-commerce company Shopify. He has been the speaker for California First Lady Maria Shriver’s Women’s Conference, AT&T’s History Makers Tour, and Babson College School of Entrepreneurship among others. All in all, he has 6 credits as an actor.

He has appeared in ‘Dr. Ken’, ‘Sharknado 2: The Second One’, ‘The Neighbors’, ‘CollegeHumor Originals’, ‘The Big Idea with Donny Deutsch’. He also has 3 credits as a producer. Additionally, he has also appeared in shows including ‘Rachael Ray’, ‘Harry’, ‘The Dr. Oz Show’, ‘Home & Family’, ‘Wendy: The Wendy Williams Show’, ‘Good Morning America’, ‘Christian Audigier the Vif’, ‘The Peter Austin Noto Show’ and ‘Dancing with the Stars’ among others.

John has received the Brandweek Marketer of the Year, the Advertising Age Marketing 1000 Award for Outstanding Ad Campaign, the NAACP Entrepreneurs of the Year Award, the Essence Award and Crain’s New York Business Forty Under Forty Award among others.

John has not revealed his current salary. However, he has a net worth of US$250 million at present.

John has not been part of any notable controversies in his career. At present, there are no rumors concerning his life and career.

Talking about his body measurement, John has a height of 5 feet 7 inches. Additionally, his hair color and eye color is black.

John is active over the social media. He has a huge number of followers on social networking sites such as Facebook, Twitter as well as Instagram. He has more than 645k followers on Twitter.