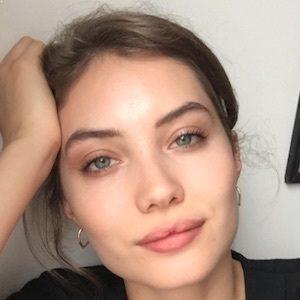 Dayna Frazer was previously in a relationship with TV actor Dylan Thomas Sprouse. The pair began dating in February of 2014. However, this relationship lasted just over 3 years and they broke up in August 2017. At present, Frazer is believed to be single. Additionally, she does not have children from any of her relationships.

Who is Dayna Frazer?

Dayna Frazer is an American model. She is a professional model for ‘Fenton Models’ and ‘Freedom Models’. Previously, she was in a relationship with actor Dylan Sprouse.

Frazer was born in the United States on November 10, 1992. Throughout most of her childhood years, she grew up in Connecticut. The world of modeling always intrigued her as a child which paved her career in the show business. She is of American nationality. Furthermore, there are no details about her ethnicity at present.

Talking about her education, Frazer has a double major in political science and history from the University of Connecticut.

Frazer initially worked as an assistant attorney towards the starting phase of her career. Later, she decided to pursue her career in modeling and she has not looked back since. She has modeled for the firms including ‘Fenton Models’ and ‘Freedom Models’.

Apart from her career in modeling, Frazer is also a printer and a blogger. She has her own blog titled ‘LeatherPetal’. Additionally, she is a vegan and is widely popular on the social media sites like Instagram. She has not been linked with any award nominations in her career.

Frazer has not revealed her current salary. Additionally, there are no details about her estimated net worth at present.

Frazer became part of a controversy after she accused Dylan of cheating on her. However, Dylan took on the social site Twitter to clarify that he did not do so. This cheating scandal is believed to be the main reason behind the breaking up of the pair. At present, there are no rumors concerning her life and career.

Talking about her body measurement, Frazer has a height of 5 feet 8 inches. Additionally, she has a measurement of 32-23-35 inches. Furthermore, her hair color is brown and eye color is blue.