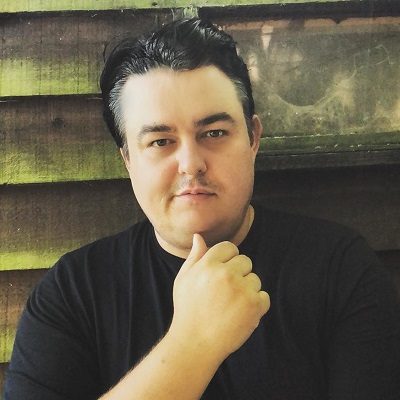 What is the relationship of Daz Games?

Previously, he was in a relationship with Kate. Together, they have a daughter named Sarah.

To date, he has not shared any information about how the relationship started. However, he announced he broke up with Kate back in February 2018 via his YouTube video.

He cleared that they broke up with each other by a mutual decision.

Who is Daz Games?

Daz Games is a YouTuber, actor, producer, and writer. He is renowned for his comic characters like Happy Cloud, Predator, and Tea Party in his vine.

Last, in 2020, he appeared in the TV series, Lucid Nonsense as Daz.

Next, he will be appearing in the comedy movie, Lockdown Kings as Mitch. Currently, the movie is completed and waiting to be released.

Also, the TV series, Drifters is in the stage of post-production. Daz is also one of the executive producers of the series. Also, he is filming as Tristan Clarke for the Video Game, Faceless.

Daz Games was born Darren Black on the 7th of August 1985 in Hastings, England.

To date, he has not shared any details on his family background regarding his father, mother, and siblings.

Talking about his educational background, he joined the Hastings College of Arts and Technology.

Before earning fame as a YouTuber, Daz Games used to work as a construction manager.

In the year 2007, he created the YouTube channel, Daz Black. In the channel, he used to make very short comic videos where he introduced the characters like Happy Cloud, Predator, and Tea Party.

After that, he took YouTube seriously as his career and started the channel, Daz Game.

In the channel, he continued his comic contents and characters. Also, he also started making reactions, challenges, and commentary for the games too.

The major difference with his previous channel was the duration of the videos which reach 10 to 15 minutes.

The current date, his YouTube channel has 4.9 million subscribers with more than 1.1 billion views on his channel, Daz Game.

Also, his previous YouTube channel has around 936k subscribers with more than 61 million views.

After success as a YouTuber, he tried his luck in the small and big sectors too.

In 2014, he started making his appearance in the short movie, The Fight for Princess Marcela’s Booty as Sir Brodick.

The same year, he appeared as Riley in the short, Once Upon a Time in Nazi Germany.

Later, in 2018, he debuted in the movie, Kill Ben Lyk as a young Ben. The following year, he made his appearance in the TV series, The Adventures of Richard Richardson too.

In the year 2017, he debuted as the producer for the short, The Tomb of the Immortal Cup. Also, he was the writer of the short.

As a producer, he produced the short, Daz Watches Found Footage, and the series, Lucid Nonsense. Also, he was associated with the projects as a writer too.

Apart from that, he also makes through his works as a producer and writer.

To date, he has managed to keep his divinity as a YouTuber.

Also, he has remained far from any type of rumors too.

Daz Games has black eyes with black hair. His height of 6 feet and his weight is 85kg.

Also, he has over 14.4k followers and more than 15.3 million likes on TikTok.

You may also read the bio of Jackson Mecham, Slim Albaher, and Tati Westbrook.