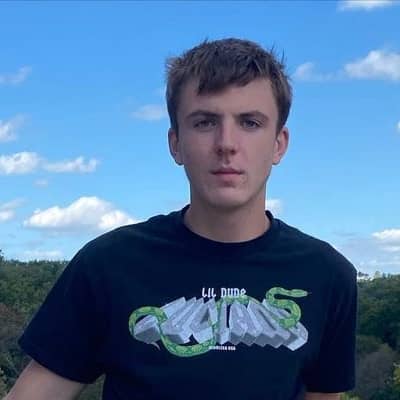 As of 2020, he is in a relationship with Morgan Stup. He posted a picture with his girlfriend, Morgan on December 8. They seem very happy and enjoying their love life.

He keeps sharing his photos with his friends via his insta handle.

Who is DC Heat?

DC Heat is an American Youtube star. He is famous for reviewing sneakers and basketball challenges.

This Youtube star was born on January 27, 2001, in Washington, DC, United States. There is no information about her family and siblings. However, on November 11, 2015, he posted a Q&A video with his younger brother on his Youtube channel.

Heat belongs to the Caucasian ethnicity. There is no information about his education and qualification.

DC Heat has built his career success as a YouTuber. He is mostly known for his basketball challenges and honest reviews about sneakers videos. His youtube channel has more than 874k subscribers.

He created his Youtube channel in January of 2013.  He started posting videos only in September 2014.

He received many viewers in his video crossing millions of views. His most viewed videos are Nerd Plays Basketball In The HOOD, Insane dunk contest, Epic mini basketball game, and many more.

He is active in social media. On Instagram, he has more than 45k followers.

He has a beautiful pair of dark brown eyes with blond hair.

Similarly, his height is 6 feet 5 inches, his body measurements and weight are unknown.

Up to this date, Heat has not been involved in any rumors or controversy. This star has managed to maintain his personal life in a private way.