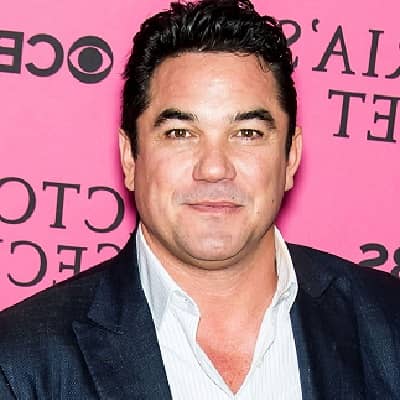 Dean Cain was in a relationship with Gabrielle Reece but it didn’t last long.

No sooner, Dean had started dating actress Brooke Shields in March 1983. They dated almost the entire period that Dean was studying at Princeton University. Though the couple gets separated in August 1987.

In 1997 he was dating Mindy McCready and also got engaged. But staying together after a year, they were separated.

Likely, Dean dated Spanish model and former playboy playmate Samantha Torres in 1998. They parted ways in 1999 and have a son together named Christopher Dean Cain who was born on June 11, 2000.

Who is Dean Cain

Dean was born on July 31, 1966, in Mount Clemens, Michigan. His birth name is Dean George Tanaka.

His father’s name is Roger Tanaka, who is a Former US Serviceman. Likely, his mother’s name Sharon Thomas, who is an Actress.

Dean’s parents parted ways soon after his birth and he never met his father after that. His mother, soon after the event, moved to Los Angeles to pursue an acting career.

His stepfather’s name is Christopher Cain who is a Screenwriter, Actor, Director, and Singer.

Roger Cain is his older brother who is a musician now. Dean’s younger half-Sister is Krisinda Cain who is an actress. His parental grandparents are John Megumi Tanaka and Grace E. Miyoko Sugiura.

Dean had graduated, in 1984, from the Santa Monica High School in California where he had excelled in several sports, especially baseball.

The same year, he joined the Princeton University in New Jersey and graduated in 1988 with a bachelor of arts degree in history.

In 2011, he got nominated for the Gold Award and eventually won it for Theatrical Feature Film.

On June 19, 2018, Cain was sworn in as a reserve police officer for the St. Anthony Police Department in St. Anthony, Idaho.

In 2018, Cain was elected to the Board of Directors of the National Rifle Association.

Being one of the successful personality, her net worth is said to be $6 million. He has his own production company and has a good earning through his profession.

Dean has been rumored to be dating Teri Hatcher in the year 1993. Besides this, there is no rumor or scandal about this actor.

Dean Cain has an Athletic built body standing with a height of 6 ft. And, he weighs 86 kg. He has wavy black colored hair and hazel colored eyes.

Also, get to know about Michael Polish, Brett Ratner, and Keenan MacWilliam.