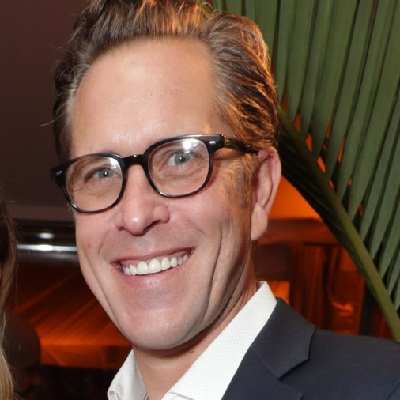 Dean E. Johnsen is happily married to Judy Greer. His wife, Judy is an actress.

The couple first met each other in the year 2010 through a blind date. Later, they got engaged to each other on 21st June 2011. After six months of engagement, they got married. The wedding took place on 17th December 2011 in Los Angeles Athletic Club.

Prior to that, he was married to another woman. As of now, his ex-wife is totally a mystery to the public. Together, they have two children.

Who is Dean E. Johnsen?

American Dean E. Johnsen is a producer and writer. Johnsen is renowned as the executive producer of the TV series, Real Time with Bill Maher.

Last, in the year 2019, he produced the series, Real Time with Bill Maher.

Dean E. Johnsen was born on the 24th of June 1947 in the United States. He is of Mixed (Danish, Norwegian, and North Germanic) ethnicity.

Being a secretive personality, he has not shared any details on his family background including his father, mother, and siblings. Also, details on his academics are not available.

He started his professional career as the producer, Politically Incorrect. The following year, he joined the TV series, Up All Night as the production coordinator for the five episodes only. Also, he happens to be the writer of the series.

In 1996, he joined the mystery-drama movie, Courage Under Fire as the production assistant. In the year 2006, he joined the TV series, Real Time With Bill Maer as an executive producer.

The comic TV series airs weekly on HBO and hosted by the comedian and political satirist Bill Maher. As the producer, he was associated with the series in the year 2006 to 2011 and 2016-2020.

Talking about net worth, his wife, Judy Greer has an estimated net worth of $5 million. Her net worth is attributed to her career as an actress, voice artist, and TV producer.

He has blue eyes with brunette hair. He has a decent height and has an average weight. However, details on his body stats are not available.

He is following the personalities like Alanna Rizzo, Jone Heyman, and Nat Faxon.