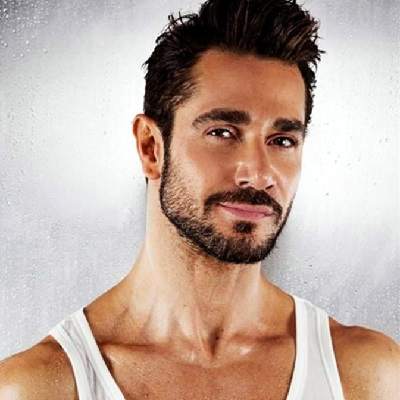 Dean Monroe’s current relationship status is possibly single. To date, he has not introduced anybody as his partner or lover.

Also, details on his previous relationship and dating history are behind the curtains. His Twitter and Instagram bio suggests that he is a passionate traveler, singer, photographer, and dancer. Besides, he loves staying fit and keeping his body in shape.

Who is Dean Monroe?

British Dean Monroe is an adult gay actor and singer. He is renowned for his adult video along with the distribution group like Alpha Male, Butch Dixon, and Channel 1.

Dean Monroe was born on 7th July 1972 in Melbourne, Australia. However, his hometown is in the United Kingdom. He is of Scottish-Irish ethnicity with Greek ancestry.

To date, he has not shared any details on his family background including his father, mother, and siblings. Details on his academics are not available.

Dean Monroe entered the adult entertainment industry in 2000 when he was around 27 years old. At the time, his then-partner submitted his pictures to a gay magazine.

His first movie, Sports and Recreation directed by Sean Spence were released in the same year. After that, he signed with the Falcon Studio and gave the hits movies like Heaven to Hell, and Riding Hard.

Also, he worked with the director Chi Chi LaRue for the video, Black Ball 5 which became one of the best in his career.

As an appreciation for his work, he was nominated for GAYVN: 2018  and Grabby Awards: 2011 for the adult film, Earthbound Heaven to Hell 2 directed by Chi Chi LaRue and distributed by Falcon. In 2017, he took retirement from his career as an adult star.

In the meantime, he has worked with the distribution groups like Band Production, All-World, Cocky Boys, Colt Studios, and many more. During his career in the industry, he has more than 100 credits in the movies as a performer.

Apart from being an adult star, he is also a talented singer. In 2008, he first launched his debut album, Venom with his debut single, Closer to You. The first single had over 5k copies sold online.

Also, he contributed the soundtrack to the British gay thriller movie, Seeing Heaven. In 2012, he also companied the dance single, Trouble.

After leaving the adult industry, he focused on his music career and launched songs like Tidal Waves and Kawasaki. Last, in 2020, he released the album The Dean’s List including the singles like Earthquake, New Thriller, Control, Top Side, and Talk.

Besides that, he makes through the royalties and sales of his music.

He has brown eyes with brown hair. He stands at a height of 5 feet and 11 inches and weighs around 75 kg with a mesomorph body type.

Talking about his appearance, he charming persona with an oval-shaped facial feature. Also, he prefers to have slightly grown facial hair. Also, he has a body tattoo on his right shoulder.

As of now, he has not involved in any sort of controversy and scandals that created headlines in the media. Besides that, he has managed to maintain distance from any type of rumors.

However, he has been in the headlines when he left the adult entertainment industry in 2017.