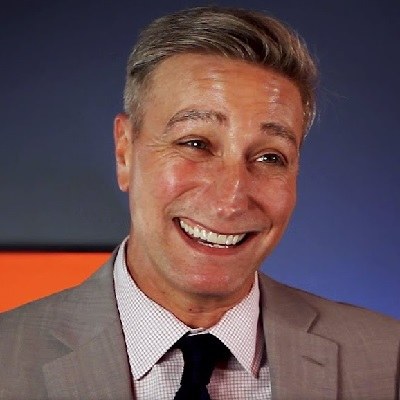 Previously, he was married to the sportscaster, Jill Arrington. The couple first met in their University where Jill used to play tennis. Also, Dean was athletic too.

Moving forward, on the 18th of August 2001, the couple got married to each other. Together, the couple has a daughter, Presley Kate Panaro (born: 18th of June 2004).

After 13 years of marriage, the couple got separated from each other via divorce. As of now, he is enjoying his single life.

Who is Deam Panaro?

American Dean Panaro is a talent manager and entrepreneur. He is renowned as the ex-husband of the sportscaster, Jil Arrington.

He is also the founder and owner of the Dean Panaro Talent.

Dean Panaro was born as Dean C. Panaro on the 15th of July 1971 in Knoxville, Tennessee. He is of Latin-Italian ethnicity.

Till the date, he has not shared any details on his family background including father, mother, and siblings.

Talking about his educational background, in 1990, he joined the University of Miami. In 1994, he graduated from the University with a major in Business Administration.

At the University days, he used to an athletic. Also, he won three NCAA championship in a row.

In February 1998, Dean Panaro started his career as a talent agent for ICM Partners in Beverly Hills. He was associated with the firm for 8 years and 11 months as a talent manager.

After that, he joined Danis Panaro & Nist as a talent manager. Also, he happens to be one of the partners of the firm. After 2 years, he became a talent agent for the Abrams Artists Agency.

Moving forward, he became the vice president of the talent company too. As a vice president, he was with the firm for 7 years and 10 months till July 2018.

At the same time, he established his own talent organization with the name Dean Panaro Talent. Besides that, he is also an agent of the firm too.

Apart from being a talent manager, he also contributed his voice for the video game, Marvel Avengers Academy as Captain America.

Besides that, he also makes through the profit of his company, Dean Panaro Talent.

Dean Panaro has brown eyes with light hair. He has a decent height and weight. However, details on his body stats are not available.

Till the date, he has managed to maintain his dignity as a talent manager. As of now, he has not involved in any sort of controversy and scandal that created a buzz in the media.

Back in 2008, there were rumors that he is separating from his ex-wife, Jill. The rumors were proved wrong. However, the rumors were turned to be true as they got separated from each other via divorce.