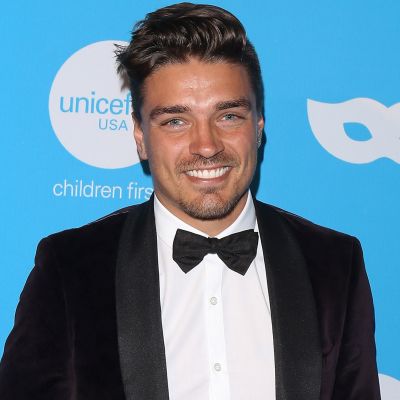 Talking about his relationship details, Dean Unglert is happily living relationship with fellow Bachelor alumni Caelynn Miller-Keyes. The couple met each other on the 6th season of Bachelor in Paradise and started dating each other.

However, Dean returned for Caelynn and asked whether she would leave the show to continue their relationship off-screen. In January 2021, the couple purchased a house together in Summerlin, Nevada, where they will be permanently shifting in April.

Presently, they live with their pet dog without any sign of separation.

Dean Unglert is a well-recognized American actor and television personality. Unglert is widely famed for his appearance in the television series, The Bachelorette Season 13.

Moreover, he is known for his lifestyle living in a van and for co-hosting the podcast Help! Suck at Dating.

Dean Unglert was born on 17 April 1991. At present, he is 30 years young star. Likewise, his birthplace is Venice, California, the USA.

Dean is the son of his father, Harold “Chip” Unglert whereas his mother is Debra Caroline Bell. Moreover, he has three siblings named, Ross, Brad, and Skye.

Talking about his nationality, Unglert holds an American identity whereas his ethnicity is Caucasian.

Regarding education, the star studied at Basalt High School and later he attended the University of Colorado-Colorado Springs and completed his graduation in Business Administration.

Dean is a professional reality star, actor, and passionate avid traveler. He also earned global recognition from Bachelor franchise shows. He was first featured as a contestant on the 13th season of The Bachelorette where he was eliminated in week 8. But the star returned on the 4th season of Bachelor in Paradise but quit the show in week 4.

Moreover, Unglert returned to The Bachelor Winter Games and the 6th season of Bachelor in Paradise. Sadly, the star did not win any of the seasons. He has also earned from his job as a lead recruiter for Startup TAP.

In 2018, Dean participated in The Bachelor: Winter Games where he met Lesley Murphy and gave her a key to his house. The duo connected due to their shared sad history of losing their moms to breast cancer.

He returned as a contestant in Bachelor in Paradise Season 6 but left the show on week 3 when the star decided their lifestyle will not be compatible.

Other than that, the reality star co-hosts the podcast, Help! I Suck at Dating with Jared Haibon. They invited guests from the Bachelor franchise such as Katie Morton, Vanessa Grimaldi, Taylor Nolan, etc.

A famed American star, Unglert has earned a handsome amount of money from his profession. He lives a lavish lifestyle along with his family.

It is reported that Dean Unglert has an estimated net worth of $500k-$1million.

Dean has never been part of any controversial matter or rumors till now. The star has been preoccupied with his professional and private life.

It seems that Unglert prefers enjoying his personal life and does not want to merge it with his professional life.

30 years young star, Dean has handsome looks and an admirable personality. He stands at a height of 6feet 2inches. Also, he has a balanced body weight of 75 kg.

Furthermore, Unglert has dark brown eyes whereas his hair is brown. His body measurement is 42-34-35 inches(chest-waist-hip) respectively.

The star has a biceps size of 14 inches and his shoe size is 9 inches.

Regarding his social media presence, Dean Unglert is an active personality on social media. Dean has more than 1.3 million followers on his official Instagram account @deanie_babies.

He is also active on Twitter with around 181.1k followers.

Moreover, Unglert is also available on Facebook with nearly 10k fans and supporters.

Caelynn Miller-Keyes reunites with boyfriend Dean Unglert during his hospital discharge after his skiing accident in Switzerland!