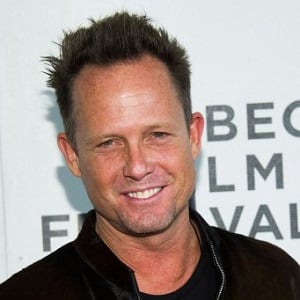 Life is short, I learned the hard way.

[on being a bartender in NYC] If you left my bar with cab fare, then I failed.

I've always been drawn to stories involving brothers, which started with my first viewing of Sean Penn's The Indian Runner (1991). This subsequently led to my working with my two brothers, [Scott Winters] and [Bradley Winters]. I couldn't imagine a greater gift in the business.

Dean Winters has kept his personal life away from the media spotlight. There are no records available about his past relationships. At present, he is believed to be single.

Who is Dean Winters?

Dean Winters is an American actor. People mostly know him for his role as Ryan O’Reily on the HBO prison drama ‘Oz.’ Additionally, he has also appeared in several other movies and television series including ‘Rescue Me’, ‘30 Rock’, and ‘Law & Order: Special Victims Unit’ among others.

Winters was born in New York City, New York on July 20, 1964. He has two brothers, actor Scott William Winters and writer Bradford Winters. Additionally, he also has a sister named Blair Winters. Throughout his childhood years, Dean grew up in Long Island and Scottsdale, Arizona. He is of American nationality. Furthermore, he belongs to the mixed ethnic background of Irish and Italian.

Talking about his education, Winters attended Chaparral High School. In addition, he also graduated from Brophy College Preparatory in 1982 and from Colorado College in 1986.

Winters initially appeared in the TV series ‘Homicide: Life on the Street’ as Tom Marans. Additionally, in 1996, he had roles in ‘NYPD Blue’ and ‘The Playroom.’ In 1997, Dean appeared in ‘Conspiracy Theory’, ‘Lifebreath’, and ‘Firehouse.’ He also portrayed the role of Young Michael Lanyard in the TV series ‘Millennium.’ Since then, he has appeared in several other movies and television series. All in all, he has over 55 credits as an actor.

Some other movies and television series that Winters has appeared in include ‘American Gods’, ‘Law & Order: Special Victims Unit’, ‘Wayne’, ‘Berlin Station’, ‘Father of the Year’, ‘After Everything’, ‘Divorce’, ‘Brooklyn Nine-Nine’, ‘Tangled: The Series’, ‘Rough Night’, ‘Teenage Mutant Ninja Turtles: Out of the Shadows’, ‘Battle Creek’, ‘John Wick’, ‘Don Peyote’, ‘The Devil You Know’, ‘30 Rock’, ‘Up All Night’, ‘Rescue Me’, ‘Today’s Special’, ‘Splinterheads’, ‘Winter of Frozen Dreams’, ‘Life on Mars’, ‘Terminator: The Sarah Connor Chronicles’, ‘P.S. I Love You’, ‘Dead Calling’, ‘Bristol Boys’, ‘CSI: Miami’, ‘Love Rome’, ‘Brooklyn Bound’, ‘The Twilight Zone’, and ‘Deadline’ among others.

Winters has not revealed his current salary. However, he has an estimated net worth of around $ 5 million at present.

There are several rumors which suggest that Winters might be gay. This, however, has not been confirmed as of yet. Furthermore, at present, there are no rumors concerning Dean’s life and career.

Talking about his body measurement, Winters has a height of 6 feet 1½ inches (1.87 m). Additionally, he weighs around 79 kg. In addition, his hair color is dark brown and his eye color is light brown.

Winters is active over social media. He has a huge number of followers on social networking sites such as Instagram and Twitter. He has more than 25k followers on Twitter. In addition, he has over 17k followers on Instagram.