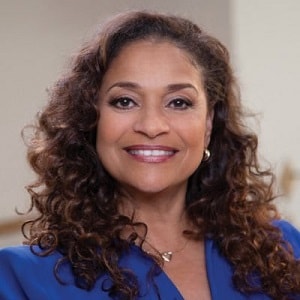 “Time management is the big part of the director’s job.”

Debbie Allen was married to her longtime boyfriend, Win Wilford in 1975 but they could not hold the relation and they separated in 1983.

Later, she married former NBA player Norm Nixon in the year 1984. They have three children, DeVaughn Nixon(1983), who is an actor, Vivian Nichole Nixon(1984), who is a dancer, and Norman Ellard Nixon Jr.(1987) who is a basketball player. DeVaughn is her husband’s son from his previous affair.

Who is Debbie Allen?

Debbie Allen is an American actress, television director, dancer, choreographer, television producer and a member of the President’s Committee on Arts and Humanities. She is best known for her roles in the series ‘Fame’, and ‘Grey’s Anatomy,’ etc. Debbie has been awarded the Lifetime Achievement Award for her contribution to the dance.

She is the third of her parents and her sibling’s names are Phylicia Rashad, Andrew Arthur Allen Jr., and Hugh Allen. She developed her interest in dancing at the age of 3 and she joined dance class at the age of 5.

Her parents divorced in 1957 and hence she was raised by her mother. She took her children to Mexico in 1960. The reunion between her family members was in Texas after two years. She holds American citizenship and her ethnicity is African-American.

She has completed her B.A. degree in classical Greek Literature, speech and theatre form the Howard University.

She went for an audition for the Houston Ballet School but she was rejected on the basis of her skin color. However, after seeing her skill, she became successful in impressing the admission department. After that, she was secretly enrolled by a Russian instructor.

Debbie was again rejected at the age of 16 when she was in an audition for the North Carolina School of the Arts because they discouraged black dancer. She then worked hard and focused on her studies and finally, she became successful in making an appearance on television.

She debuted with a small role in ‘Roots: The Next Generations’ but she hit big after she grabbed the role as Anita in ‘West Side Story’ in 1980. Then, she got an opportunity to become an instructor for the movie ‘Fame’.

Debbie debuted directing ‘The Cosby Show’ where her family member was also starred and boosted the show to the top of the rating. She produced and directed the show until the final 1993.

She opened a dance academy in L.A, California in 2001 and named it as Debbie Allen Dance Academy. She fulfilled her dream by opening the academy. Her academy teaches the major dance techniques like Classical Ballet, Modern, African, Jazz, and Hip-Hop.

Debbie was also a judge and mentor since 2002 for the show ‘So You Think You Can’.

She had been appointed as a member of the President’s Committee on the Arts and Humanities by President George W. Bush in 2001. She won Emmy Award three times for the choreography for the series ‘Fame’ and ‘The Motown 25th Anniversary Special. She was awarded the Lifetime Achievement Award for her contribution to the dance on February 4, 2009, and many more.

Debbie Allen: Net Worth and Salary

It is estimated that she has a net worth of around $3 million and it is expected to rise in the future because she is earning from different professions.

There was a rumor that she was doing unnecessary shots of College Whitely panning the camera up through her thighs and crotch to become more popular in her career.

Also, once there was a controversy when she auditioned for the Houston Ballet School, she was denied on the basis of her skin color. However, later she got selected secretly through her skill.