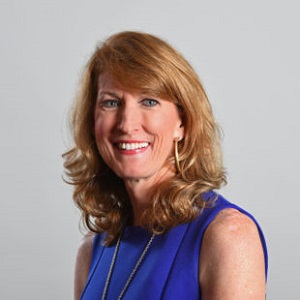 Beth Mowins and I coined the phrase 'the Connecticut Criteria,' and it was based on how many points did you lose by. Maryland played them the second closest this year. I think that criterion does factor into seeding.

Debbie Antonelli has kept her personal life private and out of the spotlight. She usually doesn’t talk about her private life in media and public. However, it is revealed that she is a married woman since a long time. She is married to her long-time partner named Frank. They got married in the year 1992. They together have three children named Joey Antonelli, Patrick Antonelli, and Frankie Antonelli. The couple has been together for 25 years now and their relationship is going very well.

Who is Debbie Antonelli?

Debbie Antonelli was born and raised in Cary, North Carolina, USA. She has not disclosed her birth date. Her nationality is American and she is of North American ethnicity.

Debbie completed her high school education at her native place. After graduating high school, she was offered a position at NC State as a forward. She played for the team from 1982 to 1986 under Coach Kay Yow. After that, she attended the Ohio University and graduated with a master’s degree in sports administration.

Debbie began her career as a director of marketing at the University of Kentucky. After working there for four years, she moved to a similar role at Ohio State University. She began her career as a sports analyst in the mid-1990s. Her first work as an analyst was for ESPN and CSTV. After that, she began broadcast through the Elite Eight for ESPN’s NCAA Women’s Tournament coverage. In 2000, she became the analyst for their final four broadcasts. In 2007, she won the “Women’s Basketball Coaches Association Mel Greenberg Media Award”.

Debbie Antonelli: Salary and Net Worth

There is no information about her salary but her estimated net worth is about  $2.5 million.

Debbie has blonde hair and blue eyes. Her body weight is not known. And also there are no details about her height. Besides these, there is no detailed information about her body measurement.