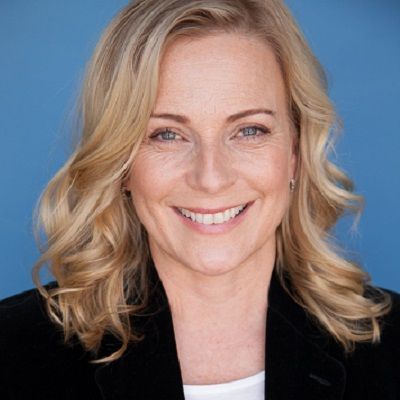 I feel the main story is about a group of lost souls who find what they need, in this brief period of time. Martha finds her strength and the backbone of her moral fibre by doing the right thing in the end. Stan and Jarod fill a void in their emotional life with each other. Jarod needs a mentor, it’s just too bad the mentor is a serial killer.

When you see Martha’s life, her struggles as a single widowed mother, and her bad choices in looking to fill her own lonely void, you can see how her son gets lost in the daily grind and misplaced avoidance of her responsibilities, until she essentially loses him.

Debbon Ayer is married to Rob Morrow. Rob is an actor by profession. They tied the knot in October 1998.

Together, they have a daughter, Tu Simone Ayer Morrow. She was born on the 25th of April 2005. Debbon and Rob reside in Los Angeles, CA, USA, with their child and dog.

Debbon Ayer is an American actor and producer. She is renowned as Gwen of the movie, Addicted to Love and Joel’s Mother of the Oscar-winning film, Eternal Sunshine of the Spotless Mind.

She is also the producer for the movie, Maze.

Debbon Ayer was born in the United States. She is of English-French ancestry.

Details about her birthdate, father, mother, and academics are not disclosed.

Debbon Ayer started her career with the 1989 movie An Empty Bed. In the movie, she was featured as a party guest. Two years later, she appeared in the biopic of jazz musician and composer, Bix Beiderbecke as Vera Cox.

After that movie, she became regular in movies. Some of her movies along with the year and character name are-

Apart from regular Movie, she was featured in the documentary, 2016- Altered Reality as Joanne. The documentary offers a peek behind the scenes on reality TV.

Last, in 2019, she appeared in the short movie, Furlong as Mom. Prior to that, she characterized the role of Charlene in the short, 2017- Penny Sucker.

Nine years after her first movie, she debuted in the TV through the TV Series, Sex and the City. In the series, she played the character of Mindy.

Till the date, she became part of more than a dozen TV series. Last, in 2016, she was featured as Susan Clarkson in the series, NCIS: New Orleans. The show was based on the investigation of criminal cases which also involves military personnel.

In 2017, she was featured in the animated comedy series, Milo Murphy’s Law. She contributed voice for the character, Mrs. Brulee, and some more additional voice in the series.

So far, there are no rumors regarding her personal and professional life.

Debbon Ayer has a height and weight of average size. Moreover, she has a pair of gorgeous blue eyes and blonde hair. Besides this, there is not any information regarding her other body measurements.