Deborah Olayinka Ayorinde is a British-Nigerian actress. According to various sources, Ayorinde is currently single

According to various sources, Ayorinde is currently single. According to CelebsCouples, she has had 1 relationship in the past, but the name of her previous partner is not available. She has kept her personal life and relation private. 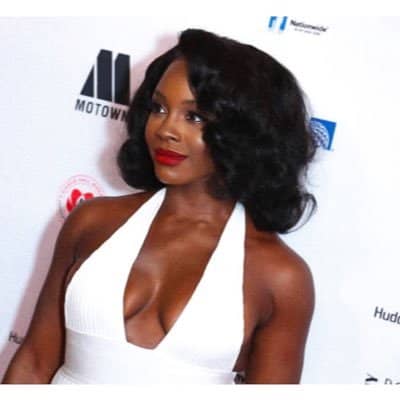 Who is Deborah Ayorinde?

Deborah Olayinka Ayorinde is a British-Nigerian actress well known for her role as Livia ‘Lucky’ Emory in the 2021 Amazone prime series, Them.

Deborah Ayorinde was born in London, England. At the age of 8, she and her family relocated to San Jose, California. She is Nigerian (Yoruba) by ethnicity.

Deborah graduated from Howard University’s John H. Johnson School of Communication with a Bachelor of Arts in Film Production in May of 2009.

At the age of seven Ayorinde developed her passion for performing and art when she performed her first play with a drama school in the Forest Gate area of London. She and her family moved to America at the age of 8.

There she continued to develop her talents and skills by participating in various talent shows performing dances, choirs, and cheerleading.

During her time at Howard, she won the coveted Paul Robeson Best Actress award for her performance in a short film she executed. She wrote and directed the movie and the movie also won the award for Best Cinematography.

In 2010, Ayorinde landed her first job in the TV Series, Meet the Browns. She played the character of Chloe and made an appearance in one episode.

She continued her work in the industry and eventually made got a more major role. Her resume includes her work on Simone in Girls Trip (2017), Candace in Luke Cage(2016-2018), Becca Hays in True Detective(2014-2019), and Rachel Ross in Harriet (2019). Ayorinde has around 24 credits in IMDb. She is also very passionate about directing and writing

Currently, Ayorinde is working on the TV Movie, Main Justice.

Ayorinde is a very talented actor. She won the Paul Robeson Best Actress award for her performance in a short film she wrote and directed during studying at Howard University and the film also won the award for Best Cinematography.

In Emmys 2021, she was a contender for Lead Actress for the movie Them.

According to various sources, Ayorinde has an estimated net worth of around $1 million. Other details of her assets and salary are not on the internet.

Although Ayorinde is a popular personality, she has not been involved in any controversies. She tries to stay away from any unnecessary controversies.