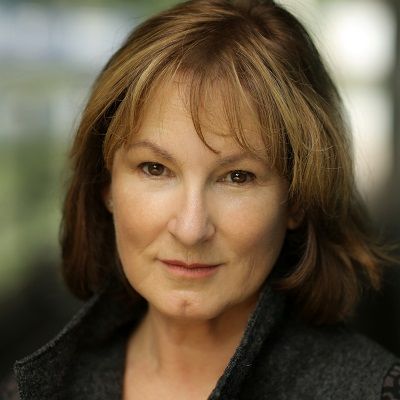 The writing is so intelligent and funny and emotionally accurate. With Ruth you start off thinking that she is powerful and controlling, and then gradually you find out more about what’s going on underneath and what’s gone on before and why she’s like she is. Abi’s written such brilliant parts for women, effortlessly. It is a fantastic thing to play a working woman at the top of her game.

Deborah Findlay is currently single. There is no news of her previous relationship as well.

Who is Deborah Findlay?

Deborah Findlay is an English actress known for her stage work in Top Girls.

She earned her Bachelor’s Degree in English from Leeds University in Leeds, England. While studying at Leeds, she joined a theatre company.

Deborah starred in the 1982 TV series Play for Today. After that, she appeared as Angela in TV movie Busted, Heather Pearce in Shroud for a Nightingale, and Nurse in Dramarama.

Her other work in the 1980s include Ladies in Charge, What If It’s Raining and First and Last. After that, she appeared in Truly Madly Deeply, All Good Things, Performance, The House of Bernarda Alba, Anglo Saxon Attitudes, Natural Lies, Downtown Lagos, and others.

In 1994-2000, she appeared as Caroline Palmer in Casualty. Deborah has worked in Comedy Lab, Messiah, Me Without You, A Loving Act, Home, Vanity Affair and others.

Some of her recent work includes in Arthur Christmas, Holby City, Leaving, Starlings, Midsomer Murders, Coalition, The Ones Below, Jackie, Collateral, Making Noise Quietly and The Split.

Her theatre credits include in The House of Bernarda Alba, The Mandate, Mother Clap’s Molly House, The Winter’s Tale, Once In A While the Odd Thing Happens and others.

Her other theatre works are in The Beaux Strategem, Artists and Admirers, Merry Prankies, The New Menoza, Macbeth, Commitments, Miss Sterling, The Seagull, The Amusing Spectacle of Cinderella and her Naughty Naughty Sisters and others.

She has light brown hair and dark brown eyes.