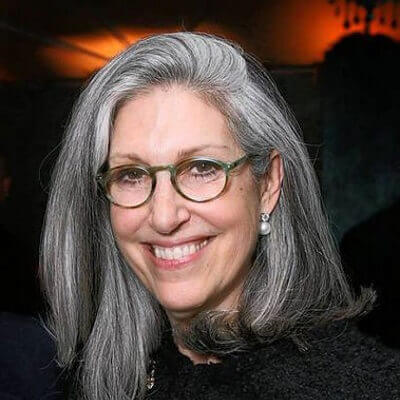 Deborah Nadoolman Landis is a married woman. She is married to American director, John Landis. He is known for his comedy movies such as National Lampoon’s Animal House, The Blues Brothers, etc.

The couple met while working in movies together. After dating for some years, they exchanged wedding vows on 27 July 1980. As of 2020, they have been married for over 40 years.

Who is Deborah Nadoolman Landis?

Deborah Nadoolman Landis is an American author and costume designer. She famously designed Michael Jackson’s iconic red jacket that he wore in Michael Jackson: Thriller (1983) which was sold for $1.8 million an auction.

In addition to this, she has worked on notable movies such as ‘The Blues Brothers’, ‘Animal House’, ‘Raiders of the Lost Ark’, and ‘Three Amigos’.

Deborah Nadoolman Landis was born on May 26, 1952, in New York, the US. As of 2020, her age is 68. Landis has not revealed much about her childhood days and family background. She has not revealed anything about her parents. Similarly, there is no information about her siblings and other family members.

She spent her childhood days in New York and her ethnicity is Ashkenazi Jewish.

Regarding her educational background, Landis went to UCLA. From there, she graduated with an M.F.A. in costume design in 1975. After that, she went to the Royal College of Art in London from where she earned her Ph.D. in the history of design.

Deborah Nadoolman Landis has had a long career in which she has designed some of the most iconic costumes in living memory. She had a long-term film collaboration with her husband, John Landis, the director.

Their collaborative works include National Lampoon’s Animal House (1978) and The Blues Brothers (1980).

Moreover, she had done a significant amount of works with Steven Spielberg such as Indiana Jones in Raiders of the Lost Ark (1981), ‘Costa Gavras’ on Mad City (1997), and Louis Malle on Crackers (1984).

The fedora and jacket worn by Harrison Ford in Indiana Jones and the red jacket worn by Michael Jackson in ‘Thriller’ are some examples. For her costume designs, she has won several Drama-Logue Awards and an Academy Award nomination.

Nadoolman has salt and pepper hair and a pair of brown eyes. She has not revealed her height, weight, and other body measurements.

As of 2020, Deborah Nadoolman Landis has an estimated net worth in the region of $1 million – $5 million. She has not revealed her annual salary. On average, American movie costume designers earn over $64k per year.

Landis has not been involved in any controversies. She has been able to keep herself away from any type of controversy and scandal. So far, she has not done anything controversial in her career. She has kept her profile clean and has simply focused on her career and personal life.

You may also like to read more about the Bio, Career, Net Worth, Body Measurements, Social Media, and more about Dave Hollis, Peter McMahon, Bobby Brown, and more.