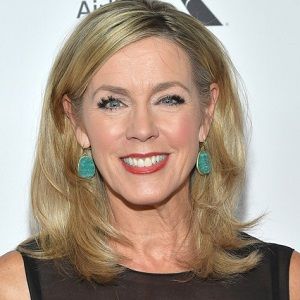 The biggest surprise, which is also the best, is that I didn't know I would love motherhood as much as I do.

Deborah Norville is a married woman. She married her boyfriend now husband Karl Wellner. She received a lot of support from her family about her love life. Her family set her up on a blind date. In the year 1985, she met Karl Wellner. He is a reputed Swedish businessman.

Similarly, they married on 12th December 1987. They have been married for more than 30 years and still, there is no news of disputes and divorce between them. They are a happy couple who is blessed with three children. Their children names are Niky, Kyle, and Mikaela.

Who is Deborah Norville?

Deborah Norville is an American television journalist and businesswomen. She is the anchor of Inside Edition which is a syndicated television news magazine since March 1995.

Deborah Norville was born on 8th August 1958 in Dalton, Georgia, United States. Her parents are Zachary Norville and Merle O. Norville. Similarly, she has three sisters, two of them are Patti Slivers and Cathy Amos. Her siblings are the executives in Norville Industries.

As per her nationality, she is American but ethnicity is unknown.

One of the viewers of Deborah Norville commented about her having a lump in her neck. So, she went to the doctor for check up and the doctor said that she has a thyroid nodule. It was a very localized form of cancer. She thanked her viewer for spotting the lump on her neck so that she could visit the doctor early.

Similarly, she asked for prayers for her and the surgeon with her viewers. Further, she did surgery to remove it.

Deborah Norville first started her career at the Georgia Public Television as she was offered an Internship. She worked in the Lawmakers behind the scene which covered the Georgia General Assembly. Similarly, she was offered a summer internship at the WAGA-TV as they were short of reporters. Finally, she got her big break as a reporter by being offered an evening show. Later she was hired full-time.

In the year 1987, she joined NBC news and became the only solo female anchor of a network newscast. Similarly, in the year 1989, she hosted Bad Girls which was the seventh most viewed show on the week it aired. Likewise, she became the co-host of Today after Jane Pauley left the show.

Later, in the year 1991, it was announced by ABC TalkRadio Networks that she would host in a prime-time program. The show broadcasted from her homes in New York and Long Island.  In the year 1992, she joined CBS News as a correspondent.

Likewise, in the year 1995, she was named anchor of Inside Edition, a syndicated newsmagazine, a position she continues to hold. Furthermore, she contributed as an editor to Inside Sports magazine in the 1980s. In the year 2015, Knit and Crochet Now!, a craft show seen on public television, announced the appointment of Norville as host of its upcoming season.

Deborah Norville has contributed on Television Journalism but she has received only a few awards. She won the Emmy award for her role in NBC’s coverage of the democratic uprising in Romania for Today.

Talking about her incomes, she might earn a good amount of money from her career with News Network. Her estimated net worth is around $6 million.

There was a rumor that Deborah Norville suffered from depression. Apart from that, she does not have any big rumors and controversy. She is away from conflicts in her personal life as well.

Deborah Norville has a height of 5 feet 8 inches and weighs around 61 kg. Similarly, she has blue color eyes and blond hair. Her dress size is 6 and shoe size is 8.5. She has the body measurement of 35-26-36 inches.