popular as the producer of the action-fantasy movies like Aquaman and Wonder Woman. 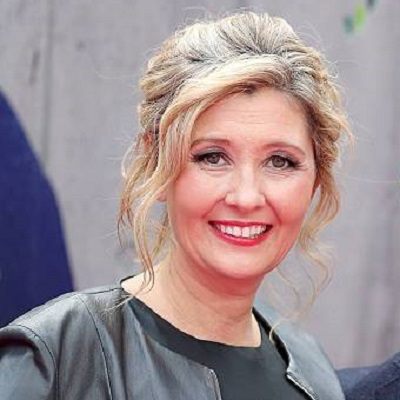 Deborah Snyder is married to Zack Snyder. His husband, Zack is a filmmaker by profession. The couple first met each other in 1996 when she hired him to create a commercial.

Later, they produced the TV documentary, Talk to Me: Americans in Conversation. By the end of the documentary, they started dating each other.

After dating for two years, the couple got married on the 25th of September 2004. The wedding took place at the t St. Bartholomew’s Episcopal Church in Manhattan, New York.

Together, they have a son, Eli Snyder. Also, they had a daughter, Autumn Snyder. Autumn passed away on the 20th of March 2017 as she committed suicide.

Who is Deborah Snyder?

Deborah Snyder is a PGA Award-winning producer. She is popular as the producer of the action-fantasy movies like Aquaman and Wonder Woman.

Next, in 2021, she will be producing the TV series, Zack Snyder’s Justice League. Currently, the show is being post-produced. Also, her next movie, Unititled Army of the Dead Prequel is at the stage of pre-production.

Besides that, the list of her upcoming movies includes Deadshot, Green Lantern Corps, Nightwing, and The Fountainhead. All of these movies have been announced.

To date, she has not shared any details on her family background including her father, mother, and siblings. Talking about her educational background, in 1991, she graduated from Ithaca College in her hometown.

Deborah Snyder started her career with the New York-based advertising firm, Backer Spielvogel Bates. For the firm, she has worked for advertising various bands that include brands like Reebok and Soft and Dri deodorant along with the director, Zack Snyder.

Later, in 2004, she co-founded the production company, Cruel and Unusual Films along with Snyder and Wesley Coller. Moving forward, in 2007, she expanded her career as a producer. In 2006, she stepped into the entertainment sector as a producer with the movie, 300.

Following the movie, she produced the movie, Watchmen which became a milestone in her career. The movie became a blockbuster. As a producer, she mostly produces fantasy and adventure movies. Some of her movies’ list includes movies like Suicide Squad, Snow Steam Iron, Wonder Woman, and Aquaman.

Besides the movies, she has produced documentaries including The Wonder, 300: A Storyteller’s Legend, and The Trinity: Wonder Woman, Superman, and Batman.

As of now, she is busy with her upcoming movie projects. That includes the zombie horror movie, Army of the Dead. She will be co-producing the movie with her husband and partner, Coller through their rebranded production house, Stone Quarry.

Talking about net worth, her husband, Zack Snyder has an estimated net worth of $40 million. Their net worth is attributed to his career as a film director, producer, and screenwriter.

Deborah Snyder has blue eyes with blonde hair. She has a decent height and an average weight.

Till date, she has managed to maintain a distance from any sort of controversy that created headlines in the media.

Besides that, there are no rumors related to her.

You may also read the bio Jenny Lumet, Suranne Jones, and Sandy Jobin-Bevans.