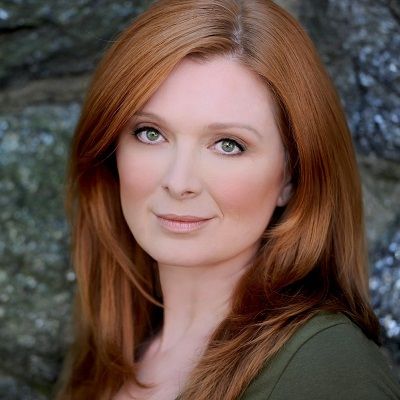 There are no records regarding her love life, boyfriend/husband, and children. It seems like she is busy on her work so, has no time to be in a romantic relationship.

Even if she is dating someone, there is no information about her love interest.

Who is Deborah Twiss?

Deborah Twiss is an American actress, screenwriter, film director and producer. She became well-known for her roles in films and television shows such as Kick-Ass (2010), A Cry from Within (2014) and A Beautiful Distraction.

Deborah was born on 22nd December 1971, in Philadelphia, Pennsylvania, U.S. Moreover, she holds an American nationality and her ethnicity is unknown.

From a very young age, she had a keen interest in the art of acting. Later, she moved to New York City to study acting at the age of 17 years. Soon, she became a part of writing and producing independent movies.

At the age of 17, Deborah moved to New York City to study acting. However, there is no information about her other educational background.

Deborah started her acting career in 1997, in a rape and revenge thriller film A Gun, where she portrayed Jennifer / Allison. Later, she appeared as Sophia McLean in the supernatural crime drama movie, Living with the Dead in 2002.

She has also starred in many movies including Kick-Ass, One Last Time, and many others. She made her comeback and appeared with Selenis Leyva, Tanner Flood, Craig McDonald-Kelly, and others in a supernatural crime drama Living with the Dead.

Deborah made her appearance in the American police procedural television drama, Law & Order: Criminal Intent where she played the role of Dr. Lane in an episode of Purgatory in 2008. She starred as an ER Nurse in an episode of Fringe, an American Sc-Fi series.

She has up to now won various awards. In International Fantasy Film Award, she was nominated for Best Film. Likely, in Hoboken International Film Festival, he was nominated for Best Supporting Actress for her work in The Networker (2015). Moreover,  she won the Festival Prize of Best Screenplay in Northeast Film Festival Horror Fest, 2015 for her performance in A Cry from Within.

And in the Northeast Film Festival, US, she won the Best Ensemble Cast for her performance in Cries of the Unborn (2017) with other cast members. Moreover, in WorldFest Houston, she won Platinum Award for being Best The Original Dramatic Short Film for ‘Choose’ that was released in 2011.

Deborah Twiss has an estimated net worth of $5 Million as of 2019. She has maintained a lucrative amount of net worth of $4.5 Million back in 2018. She boasts an impressive amount of salary from her profession. The average salary of an actor is around$39.84 per hour and $52,000 per year.

Having a fruitful net worth, she also makes a bug of money from her other works which include advertisements, endorsements, and live shows, etc. Deborah has worked with Kathryn Erbe whose net worth is $8 Million and Vincent D’Onofrio whose net worth is $16 Million in the American police procedural television drama series, Law & Order: Criminal Intent.

She hasn’t faced any controversies and rumors regarding her personal life and career.

The actress stands with a height of 5 ft 8 in (173 cm) and her weight is unknown. She has brown colored hair and green colored eyes.