Deborra-Lee Furness is an Australian actress as well as a producer. She is married to actor Hugh Jackman. She has gone through two miscarriages so she adopted a son and a daughter

Reflecting on the personal life of Deborra-Lee Furness, she is a married woman. She is married to actor Hugh Jackman on 11 April 1996. The couple first met on the set of the Australian TV show Correlli in 1995.

She has gone through two miscarriages and then she adopted her son Oscar Maximillian in 2000 and daughter Ava Eliot in 2005.

Oscar was born on 15 May 2000 and Ava was born on 10 July 2005. She doesn’t seem to have any extramarital affairs and she is living happily with her husband having no rumor of their separation from married life.

There isn’t information about her being in other romantic relationships that we know of.

Being a superstar, her own stuff is dependably a matter of discourse and enthusiasm to people in general. Because of the absence of much information, her fans are constantly inquisitive to find out more about her. 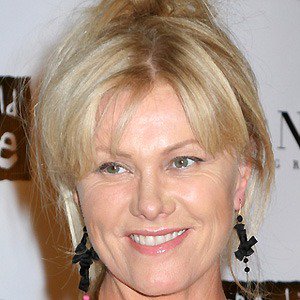 My secret indulgent food is dessert. I have an incredible sweet tooth - chocolate pudding with vanilla ice-cream or trifle and pavlova. I do love dessert

I know I'm being judged, and anyone who works in the public eye will get some negativity at some point. It can be tough and it hurts. I can be very tough on myself. Occasionally, I hear or read something cruel and I'm shocked

You know, I'm still deciding what I'm going to be when I grow up.

Who is Deborra-Lee Furness?

Deborra-Lee Furness is an Australian actress as well as a producer. Furness rose to fame for her appearance in films and television series like Fire, Angel Baby, Shame, The Humpty Dumpty Man, Sleepwalking, and Blessed.

She started working in the entertainment field in 1975. She is famous as the wife of actor Hugh Jackman.

Australian actress Deborra-Lee Furness seems to be a pretty private person who hasn’t revealed much regarding her personal life.

All we were known is, that she was born on November 30, 1955, in Sydney, Australia, and raised in Melbourne, Australia. Currently, she is 65 years old. She is of Australian ethnicity and has Australian nationality.

Furness graduated from the American Academy of Dramatic Arts in New York City. There isn’t much information regarding her early life and parents.

Talking about the career journey of Deborra-Lee Furness, she is active in the entertainment field since 1975 and she is still active in it. After her graduation, she returned back to Australia to continue her acting career.

Before returning, she also performed on the stage in New York. She debuted in the entertainment field with a short role in the television series Division 4 in 1975.

After onwards, she started to appear in several series with short roles. In 1985, she appeared in a short role in the film Crossover Dreams. She has spread her wings equally at ease with both forms of media.

Her career in the entertainment field has already blossomed with the short role she was performing. In 1988, she rose to fame with the film Shame in which she appeared as Asta Cadell.

Furness has appeared in numerous films including Voyager, Sleepwalking, Beautiful, Blessed, Celia, The Last of the Finest, and much more.

In 1995, she appeared in the television series Fire with the notable role of Dolores Kennedy.

As of 2022, her success in her career path has paid her well financially making her net worth estimated to be $50 million.

She was rumored to be living separately from her husband Hugh Jackman.

She has blonde hair color and her eye color is brown.