The marital status of Debra Marshall is divorced.

She married professional wrestler Steve McMichael, who is also a member of the National Football League.

They married since Michael’s mother met her on a flight and proposed to her, and they actually met on a blind date. However, their marriage lasted barely 13 years before they divorced on October 12, 1998.

After that, she met Steven Williams, with whom she shared a home in 2000. They married in Las Vegas on September 13, that year. She then changed her name to Debra Williams after marrying.

However, following her marriage, she was discovered with bruises and a bleeding nose when police were called to their house. They were separated as a result of their actions. On July 22, 2002, Austin filed for divorce from Marshall, and they were divorced on February 5, 2003. 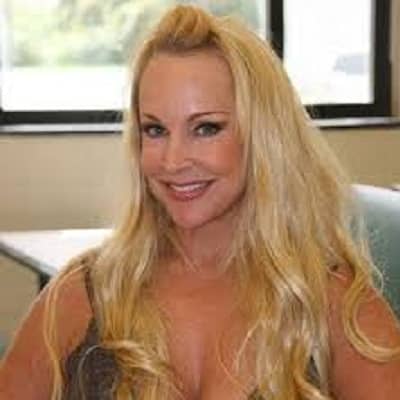 Who is Debra Marshall?

Marshall has participated with World Champion Wrestling WCW as Queen Debra and also in World Wrestling Federation as Debra.

She has also appeared in Mad TV, Teen Choice Awards, and Beyond the Mat.

Debra Gale Marshall is her full name and was born on March 2, 1960, in Tuscaloosa, Alabama. She is now 61 years old. She is of American nationality and Caucasian ethnicity.

Debra has not shared her family name and sibling’s name with the media.

Marshall enrolled at New York’s Lee Strasberg Theatre & Film Institute. She got her Master’s of Science in Criminal Justice at the University of Alabama in December 2017 after graduating with honor in 2013.

While pursuing her Master’s degree, Marshall received the Mary Avis Todd Award for Outstanding Work in Community Studies from the University of Arizona’s College of Arts and Sciences.

Debra was a track runner, cheerleader, and Homecoming Queen before joining the Lee Strasberg Theatre Institute in New York City. She afterward started working as a flight attendant.

She later won the 1992 Mrs. Texas USA pageant in Houston, Texas, and went on to compete in the National Mrs. USA pageant.

Marshall began her career as a professional wrestler in 1995 going with her husband McMichael to the ring in WCW. She entered the WWF in 1998 and handled the tag team of Jeff Jarrett and Owen Hart until Hart’s death in the ring in May 1999.

In 1999, she defeated Sable in an Evening Gown match to win the WWF Women’s Championship. She then appeared on-screen with her second husband, Steve Austin, until the couple quit the organization in 2002.

She has appeared in many films and series such as Texas Chainsaw Massacre: The Next Generation, Beyond the Mat, Gathering of Heroes: Legend of the Seven Swords, Biography, Mad Tv, and many more.

Debra is a well-known actress and famous Wrestler whose income comes from her profession. Her whole net worth is $1.5 million as of 2022 but has not revealed her income.

She had a case after marrying Steven Williams in which police responded to a call at their home and discovered her with bruises and a bloody nose. Austin was arrested for criminal violence as a result of this.

Her husband pled no guilty and was sentenced to a year of probation, a $1000 fine, and eighty hours of community service.

They split, and she auctioned off her wedding ring on eBay for $27,100, which she contributed to victims of domestic violence.

Debra stands 5 feet 5 inches and 59 kg weight. She has not revealed her body measurement of her whereas she has blonde hair and blue eyes.