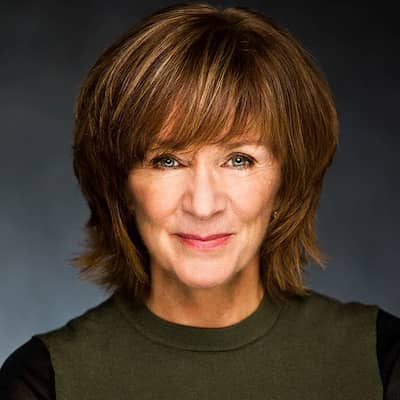 Debra McGrath was married to Colin Mochrie on 08 Jan 1989. Her husband is an actor/comedian.

Together this couple has a child. Their daughter’s name is Kinley Mochrie. She came out as a trans in April 2016.

Who is Debra McGrath?

Debra McGrath is a Canadian actress and comedian. She is mostly known for appearing on Expecting (2002), Getting Along Famously (2006), and The Joe Blow Show (2003).

Plus, she is also the better half of a popular actor, Colin Mochrie.

She was born on 05 July 1954 in Toronto, Canada. The name of her father and her mother’s name is not revealed.

Debra’s ancestry is Caucasian and talking about her academics, she has attended Ryerson University to study theatre.

Debra McGrath started her acting career with a comedy TV show Bizarre in 1980. She is mostly known for her TV roles. Recently, in 2020, she was seen as Roberta in Baroness von Sketch Show.

Moreover, she played the role of mama in Seven Little Monsters, Shirley Armstrong / Shirley in Paradise Falls, Mayor Ann in Little Mosque on the Prairie, and herself in Winnipeg Comedy Festival.

Her other big-screen projects are,

At present, her estimated net worth is around 1 Million US dollars. However, her salary and other earnings are unknown.

Her husband also has assets of around $1 million. Some of the top actress’s financial worth is,

This actress/model is keeping herself away from rumors at present.

Regarding Debra McGrath’s body features, her height and her body weight are average. Moreover, her eyes are blue with light brown hair.