Dedee Pfeiffer is possibly single as of now. She has been married three times to date.

At first, she got married to Gregory Fein who is a computer consultant. The pair tied the wedding knot on October 13, 1996, but their marriage didn’t long last and divorced in 2001.

Pfeiffer then wed to a guy named Santiago Gomez on 21 September 2001. The duo together has also two children. However, they later separated in August 2006.

She then married Irish actor Kevin Ryan on January 16, 2009. They have 20 years age gap. Likewise, her other marriage, that marriage also ended in divorced in October 2012. 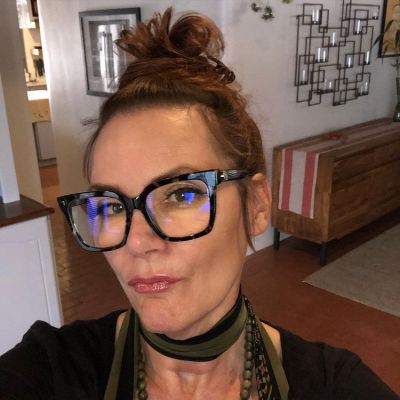 Who is Dedee Pfeiffer?

Dedee Pfeiffer is an American renowned film and television actress. She rose to fame for her role as Cybill’s daughter, Rachel on the sitcom Cybill from 1995 to 1997.

Presently, she is starring in the role of Denise Brisbane in the ABC drama/thriller series Big Sky. The series cast the stars like Katheryn Winnick, Kylie Bunbury, Brian Geraghty, Jade Pettyjohn, Ted Levine.

The name of her parents is Richard Pfeiffer (father) and Donna Pfeiffer(mother). Her father is a heating and air-conditioning contractor. She has three siblings named Rick Pfeiffer, Michelle Pfeiffer, and Lori Pfeiffer.

Her older sister, Michelle is also an actress by profession. Further, her academic background is under the curtains.

She holds an American nationality and belongs to mixed (German, Swiss-German, Swedish) ethnicity.

At the age of 21, Dedee began her acting career and made her first appearance in an episode of Simon & Simon. Prior to that, she worked as a cocktail waitress at a mud-wrestling bar, dressed as a monkey, danced in a Disneyland parade, and delivered radiators. The same year, she made her movie debut in the comedy thriller film, Into the Night where she portrayed the role of Hooker.

That year, she also appeared in other television series like Code Name: Foxfire, Toughlove, and The Midnight Hour.

Some of her other notable film and television series are,

In 1994, Dedee’s then-boyfriend actor Ron Marquette killed himself with a gun in front of Pfeiffer. For the incident, the public speculated that it was Pfeiffer who had killed her boyfriend.

Dedee is estimated to have a net worth of around $1-5 million from her profession. Her salary and other earning are still under review.

The actress stands at the height of 5 feet 5 inches tall and her weight is about 60 kg. Her waist and hips sizes are 24 and 34 inches. Her dress size is 6 US.

Likewise, she has a blue pair of eyes and blonde hair color. She has several tattoos on her body including two cherubs in flight on her left buttock.

The actress is active on an Instagram account under the username @dedeepfeifferofficial where she has more than 6.6k followers. Further, she doesn’t available on any kind of social media site.